The United States Department of Veterans Affairs (VA) cites post-traumatic stress disorder (PTSD) as the most comment mental health problem that military personnel suffer after returning from active duty. Veterans can experience PTSD after witnessing or being involved in a traumatic, life-altering event, including a hostile act or terrorist attack.

The VA reports that deliberate violence creates mental health issues that last longer than those brought on by accidents or natural disasters. Acts of human hatred and purposeful hostility likely increase the problems and adversity faced by veterans, and adds to the adjustments they must make psychologically.

What Is Fear of Hostile Military or Terrorist Act?

There is a lot of research conducted on how veterans react when confronted with a hostile or terrorist act. Some studies suggest that veterans and civilians respond the same. However, other studies indicate that veterans have a longer-lasting negative response. Fear of hostile military or terrorist activity means you: 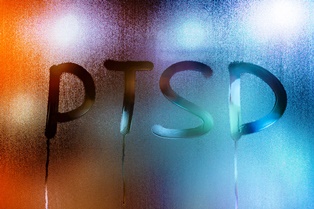 A veteran diagnosed with PTSD that’s related to his fear of terrorist or hostile activity will have an easier time establishing the in-service stressor normally required as evidence for the event.

In July 2010, the VA changed its rules because it recognized that PTSD was linked to exposure to service situations where there is "continuous and ongoing fear of hostile military activities or terrorist activities."

To be eligible for VA disability benefits for PTSD related to a hostile or terrorist act, you need to show that your condition is linked to deployment to a war zone where you were threatened with ongoing terrorist activity, even if you didn’t participate in combat. This applies to all veterans after July 13, 2010—no matter where they were stationed or where they served—who experienced “fear of hostile military or terrorist activity.”

You also need to show:

The VA Disability Lawyers at Cuddigan Law recognizes and respects the sacrifices veterans made to protect this country. They understand the challenges of combat and that veterans suffer from not only physical injuries, but also psychological traumas, including PTSD.

If you’re a veteran who developed PTSD, especially after witnessing a hostile or terrorist act, we can help. We'll review your medical records and discuss with you the best way to obtain the disability benefits you need to care for yourself and your loved ones. Our VA Disability Lawyers have supported veterans for years, and we’ll carefully examine your case and advise you on the best approach for receiving the maximum in disability benefits.

Contact us today, and you’ll speak to an intake specialist for free.