Could my PTSD symptoms be related to my traumatic brain injury during combat?

Yes. It’s very possible that a traumatic brain injury (TBI) experienced during military service can cause post-traumatic stress disorder (PTSD). Studies show a close connection between these two conditions—especially in veterans. According to the Journal of the American Medical Association Psychiatry, it is twice as likely for a service member to suffer from PTSD if he experienced a serious brain or head injury. Additionally, military personnel returning from the Afghanistan and Iraq wars are more likely to suffer from a TBI due to their increased risk of being caught in blasts from improvised explosive devices (IEDs).

Understanding a TBI and PTSD

A sudden jolt or blow to the head is often the cause of a TBI. This neurological trauma damages the brain due to the rapid jostling motion of the brain inside the skull. As a result, the brain may swell, bruise, or bleed. While TBIs often occur because of sports injuries, falls, assaults, and vehicle accidents, they’re most commonly associated with incidents involving combat soldiers—most 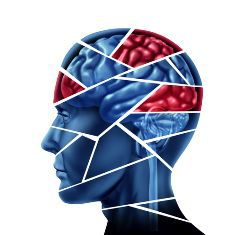 specifically those returning from Iraq and Afghanistan. Over 260,000 veterans who were deployed to these wars were diagnosed with a TBI.

PTSD is a psychological condition that often occurs after a person experiences or witnesses a terrifying event or is exposed to a situation where he feels threatened, extreme fear, helpless or trapped, or that he might die. That person may have flashbacks, extreme anxiety, nightmares, and unsettling thoughts about what happened. Of the nearly 3 million veterans of the Afghanistan and Iraq wars, it’s estimated that up to 20 percent suffered from PTSD in 2014. The highest estimation of veterans from both of these wars suffering from diagnosed or undiagnosed PTSD is over 450,000.

Theories suggest that the violent events that lead to a TBI during combat can be especially upsetting and disturbing, which may explain the link between head injuries and PTSD. Veterans who suffer from PTSD have usually been involved in a deep emotional trauma. And researchers have found that the way the brain changes following this trauma—both structurally and functionally—may contribute to the occurrence of PTSD.

Because PTSD can bring on feelings of depression, anxiety, sadness, and isolation, talking to a professional can sometimes help. However, experts don’t believe that communication with a professional resolves the damage to the brain caused by a TBI. Many believe that a TBI and PTSD are not independent of one another; rather, they are most often connected.

VA Disability for a TBI and PTSD

Regulations and requirements have changed and expanded over the past few years for disability compensation for veterans with TBI and/or PTSD. Here is a brief look at the requirements for each condition.

In 2010, the requirements for receiving disability for PTSD were made simpler. No longer did veterans have to provide proof that an event occurred causing their PTSD. This rule applied to both combat veterans and all veterans who were involved in and experienced fear because of a terrorist or hostile situation. Here is a look at some of the requirements to establish a service-related connection for PTSD:

The VA rates a TBI as mild, moderate, or severe. Here is the evidence used to make that determination:

The severity level of a TBI isn’t determined on the veteran’s symptoms; rather, it’s evaluated from the time the injury was sustained. If there isn’t sufficient medical evidence, the veteran may not be eligible for disability for a service-related injury.

Our Disability Attorneys Help Veterans in Need of Benefits

A TBI or PTSD is often difficult to diagnose because you may not experience symptoms until weeks or months after you were injured by the trauma. If you have a service-related TBI and/or PTSD, you may be eligible for VA disability compensation. Call us today at 402-933-5405 to ask us a question about your disability case, or download our free book, The Essential Guide to VA Disability Claims.