The Difference Between Moral Injury and PTSD

Many people suffer from post-traumatic stress disorder (PTSD). However, it’s a medical condition most often associated with soldiers and veterans. During military combat, a soldier may witness or experience a life-changing, traumatic event and have trouble recovering from it.

This event can involve experiencing a hostile act, death, sexual trauma, and imprisonment, and it can also include experiencing what’s called "moral injury." In general, this is a psychological injury caused by actions and behaviors that violate and oppose a soldier’s conscience, personal principles, core moral values, and expectations of self.

In general, the United States Department of Veterans Affairs (VA) characterizes the cause of moral injury as "participation in actions related to combat warfare, such as killing or harming others. It can also come indirectly from acts like witnessing a death or others dying, failing to prevent similar immoral acts, and granting or receiving orders that can be viewed as immoral or inhumane." 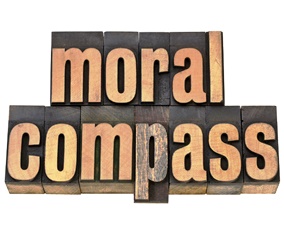 Additionally, the VA explains that incidents can cause moral injury if “they transgress deeply held moral believes and expectations and shatter moral and ethical expectations that are rooted in ethical or spiritual beliefs, or culture-based, organizational, and group-based rules about fairness and the value of life.”

For soldiers, participation in killing others or not preventing other soldiers from performing immoral acts could violate their moral codes.

How Suffering a Moral Injury Differs From PTSD?

While some PTSD symptoms parallel those of moral injury, the VA, researchers, and doctors now understand that moral injury is a separate component of trauma exposure and distinct from PTSD.

The VA recognizes PTSD as a mental disorder that requires a diagnosis; however, instead of a mental disorder, moral injury is considered a "dimensional problem." Additionally, transgression isn’t necessary for a person to develop PTSD, and a PTSD diagnosis doesn’t adequately or accurately represent the shame and guilt of moral injury. Thus, it’s critical that a moral injury is considered and treated as a separate component of war trauma.

Some of the symptoms of PTSD and moral injury overlap, including anger, depression, insomnia, nightmares, anxiety, and substance abuse. Additionally, the following symptoms are more specific to moral injury:

Cuddigan Law and Your PTSD Claim

The experienced legal team at Cuddigan Law recognizes and respects the sacrifices veterans have made to protect this country. They understand that combat isn't easy, and veterans can suffer from physical injuries as well as psychological traumas. If you’re a veteran suffering from PTSD, we can help you obtain the disability benefits you need to care for yourself and your loved ones. It’s possible that you qualify for financial assistance from the VA.

If you need help service-connecting your mental health condition and want to file for disability benefits, contact Cuddigan Law. Our attorneys have supported veterans for years, and we’ll carefully examine your case and advise you on the best approach for receiving the maximum in disability benefits. Call us today, and you’ll speak to an intake specialist for free.