Why am I experiencing PTSD so long after my military service?

While post-traumatic stress disorder (PTSD) can affect service personnel when they return from deployment, many veterans experience symptoms of PTSD much later in life—long after their time in the military. The United States Department of Veterans Affairs (VA) hospitals show a growing number of senior veterans seeking treatment for new PTSD symptoms. 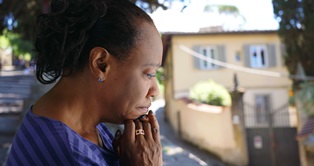 When veterans return home from military duty, many find jobs, get married, have children, and continue on with their lives. Despite experiencing traumatic, life-altering incidents during combat, they're able to function in society, have families, and socialize with their friends in a productive way.

However, when some veterans get older, as is the case with civilians, they are faced with major life changes that can be triggers for PTSD and its accompanying symptoms.

For example, a veteran may eventually suffer a significant medical issue after years of good health. The concern and distress he feels about his condition may cause him to become more aware of his own mortality and the end of his life. This type of anxiety may bring about symptoms of PTSD.

Additionally, a veteran may experience PTSD later in life because of:

Cuddigan Law Can Help With Your PTSD Claim

The experienced legal team at Cuddigan Law recognizes and respects the sacrifices veterans made to protect this country. If you’re a veteran suffering from PTSD, we can help you obtain the disability benefits you need to care for yourself and your loved ones. It’s possible that you qualify for financial assistance from the VA.

If you need help service-connecting your mental health condition and want to file for disability benefits, contact Cuddigan Law. Our attorneys have supported veterans for years, and we’ll carefully examine your case and advise you on the best approach for receiving the maximum in disability benefits. Call us today, and you’ll speak to an intake specialist for free.