Understanding Veteran TBIs and Obtaining VA Disability for Them

A traumatic brain injury (TBI) is caused by a blow, bump, or jolt to the head that disrupts normal brain function. The outside force and rapid acceleration and deceleration of the head will often cause the brain to move back and forth within the skull. The stress that occurs from this rapid motion can damage brain tissue because nerve fibers get pulled apart. If the force is strong 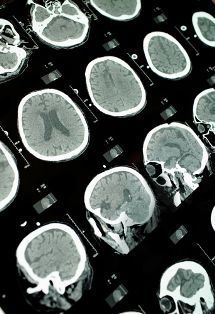 enough, the skull can break and directly injure the brain.

If you suffer an injury to the brain, you may experience a number of changes in consciousness. You may feel confused and disoriented, or you may even go into a coma. You might also lose your memory about what happened immediately before and after the injury. A TBI can range from mild to severe, but not all head injuries cause a TBI.

Each year in the U.S., over 1.5 million people experience a TBI, and over 50,000 of them die because of it. For military personnel, blasts or explosions in war zones are the primary cause of a TBI. These head injuries also contribute to many cases of permanent disability, and veterans who sustain a TBI can be eligible for disability from the United States Department of Veterans Affairs (VA).

Facts About Veterans and TBIs

Over 20 percent of U.S. troops wounded in combat sustained a TBI. Here is a brief look at data regarding the occurrence of TBIs within the military:

Often, a veteran who experiences a mild TBI will recover completely. But it’s possible for veterans to develop the following symptoms after a mild TBI:

If a veteran experiences a severe TBI, he may suffer from more serious symptoms such as speech problems, cognitive issues, motor and sensory problems, seizures, and balance and mood issues. Sometimes, TBI symptoms aren’t immediately obvious. Because they often differ for each individual and can be vague and unclear, it’s important to see a doctor early on because these symptoms can cause chronic problems if they’re not treated by a professional.

In January 2014, a new VA regulation was set forth to help veterans receive benefits for a TBI. Veterans who suffer from a TBI and are diagnosed with one of five specific conditions now have an easier time receiving disability. The new regulation included these five conditions after a report by the National Academy of Sciences, Institute of Medicine (IOM) found a connection between moderate and severe TBIs and these illnesses.

When the regulation was finalized, the VA recognized the following diseases as “presumed service-connected” to TBIs:

At Cuddigan Law, we understand that veterans need and deserve disability benefits. That’s why we provide free information to help veterans with their claims. Download our free book, The Essential Guide to VA Disability Claims, or call us today at 402-933-5405 to discuss your disability case.