A traumatic brain injury (TBI) can happen to anyone, but it’s a critical health issue for service members and veterans. A TBI is caused by a sudden blow or jolt to the head that disturbs and interferes with normal brain function.

When the brain moves back 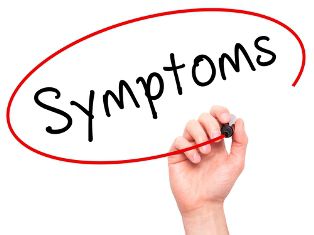 and forth inside the skull, the rapid motion causes stress that can damage brain tissue when nerve fibers are pulled apart. For most people, a TBI is typically caused by a fall, motor vehicle accident, or an assault when the head strikes another object.

Each year in the U.S., approximately 1.7 million people sustain a TBI, and over 50,000 die because of TBI injuries.

The United States Department of Veterans Affairs (VA) has given major focus to TBIs—often referred to as the “signature wound” of the Iraq and Afghanistan Wars—as military personnel are at a greater risk for experiencing a TBI than civilians. Not only are military training activities potentially dangerous, service members are often deployed to locations where they risk being exposed to blasts from improvised explosive devices (IEDs). Additionally, they are vulnerable to suicide bombers, mortar rounds, rocket-propelled grenades, and land mines.

Symptoms of a TBI

Each brain injury is unique and distinct, and no set of symptoms is the same for any one person. Symptoms are also different for each part of the brain that was damaged. In general, these symptoms are classified by the severity of the TBI: mild, and moderate to severe. Because the symptoms of a TBI are similar to those of other mental and physical health conditions, it can make a diagnosis more challenging.

While only a doctor can accurately diagnose a TBI, here is some brief information about each classification of TBI and some of the symptoms that might develop with each one:

This form of TBI is often referred to as a concussion. It usually doesn’t knock a person out completely; however, if it does, it’s usually for 30 minutes or less. This type of TBI is often more challenging to diagnose because a person may make a full recovery—with symptoms that are temporary and disappear within minutes to hours. Fewer patients have symptoms that last months or longer. The symptoms of a mild TBI can include:

A moderate TBI falls between mild and severe, and symptoms vary greatly. A person is likely to be unconscious for more than 30 minutes—sometimes for an hour to a day—and symptoms can resemble those of a mild TBI; however, they often last longer and are more serious. A severe TBI will knock out a person for more than 24 hours and, like a moderate TBI, the symptoms are similar to a mild TBI but more serious and long-lasting. A severe TBI is usually caused by a critical closed head injury where the person experiences significant issues involving brain function. A person who experiences a severe TBI may be at risk for:

Disability Compensation for a TBI

In 2008, the VA changed its criteria for evaluating TBIs. The old criteria allowed for only a 10 percent service rating for any one “subjective” symptom—where the severity of the symptom depended on the veteran’s self-reporting. These subjective symptoms included headaches, concentration issues, and dizziness.

But under the new VA rating system, symptoms were evaluated using three categories with a total combined level of disability using all three of the areas: cognitive symptoms, emotional symptoms, and physical symptoms. In 2014, a new regulation was enacted that recognized five new illnesses as being caused or worsened by a TBI. For veterans who experienced a moderate or severe TBI and suffered additional medical problems because of it, the new regulation made it easier to receive benefits.

Cuddigan Law understands that the risk for a TBI is higher for veterans, and many veterans need and deserve disability benefits. That’s why we provide free information to help veterans with their claims. Download our free book, The Essential Guide to VA Disability Claims, or call us today at 402-933-5405 to discuss your disability case.