If my TBI caused another illness, can I obtain VA disability for it?

A traumatic brain injury (TBI) has been referred to as the “signature injury” of the Afghanistan and Iraq Wars; however, it’s not a new condition, and both civilians and veterans experience TBIs. Each year, over 1.5 billion people suffer a TBI in the U.S., and 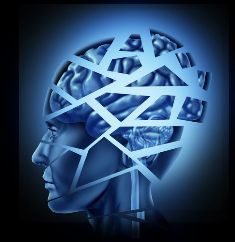 the Centers for Disease Control and Prevention (CDC) reports that TBIs contribute to approximately 30 percent of all injury deaths. Additionally, over 50,000 people die of TBIs annually.

A TBI is usually the result of a sudden blast, explosion, or assault that produces a concussive blow to the head and interferes with normal brain function. The intense, rapid shaking of the brain that occurs inside the skull can pull nerve fibers apart and damage brain tissue.

For those who serve in the military, there is a greater risk for a TBI. These head injuries are suffered by over 20 percent of U.S. troops who are wounded during combat. They are caused most often by improvised explosive devices (EIDs), gunshot wounds, grenades, mortars, and land mines. Research has found that TBI symptoms last for a longer period of time for veterans than for civilians, with some veterans reporting symptoms for up to two years following the injury. For some military personnel, a TBI contributes to permanent disability, and veterans who suffer a head injury may be eligible for disability from the United States Department of Veterans Affairs (VA).

In the past, the VA was criticized for minimizing the effects of a TBI and not recognizing it as a disability deserving of benefits. However, two changes in less than 10 years improved the rating system and the criteria for receiving disability benefits for a TBI.

In 2008, the VA modified its evaluation criteria for determining service ratings for TBIs. Originally, the criteria allowed for only a 10 percent rating for any one “subjective symptom”—this relied on the self-reporting of the veterans suffering from the head injury. Headaches, dizziness, and concentration issues were just some of those subjective symptoms. When the VA changed the rating system, these types of symptoms were evaluated using three classifications and the combined disability level of all three: physical symptoms, emotional symptoms, and cognitive symptoms.

Later, in 2014, a new regulation took effect that recognized five illnesses as being caused or worsened by a TBI. This regulation made it easier for some veterans who experienced a moderate or severe TBI and, ultimately, suffered additional medical conditions because of it, to receive disability benefits. It also empowered the VA to make decisions on disability claims more quickly.

The 2014 regulation was enacted after the National Academy of Sciences, Institute of Medicine (IOM) reported finding a connection between moderate and severe TBIs and these illnesses. Eligibility for benefits is determined by the level of severity of the TBI and the time that has elapsed between the second illness and the injury that caused the TBI. Even if veterans don’t meet the time and severity guidelines, they can still file a claim that establishes a service-related condition.

In part because of the IOM findings, the VA now recognizes the following diseases as “presumed service-connected” to TBIs:

The 2014 regulation is also an attempt to speed up and simplify disability claims after a veteran shows a service-connected TBI. Once the veteran proves this, the VA then accepts the relationship between the illness and the TBI without requiring any other evidence.

Veterans suffering a TBI can have lasting, debilitating symptoms. At Cuddigan Law, we understand that veterans deserve benefits for their disabilities. That’s why we provide free information to help veterans with their claims. Download our free book, The Essential Guide to VA Disability Claims, or call us today at 402-933-5405 to discuss your disability case.