The United States has laws that prohibit certain people from possessing a firearm, including those who are fugitives from justice or convicted felons. These laws also include those with a mental illness. For veterans suffering from post-traumatic stress disorder (PTSD) or any other type of mental illness, it’s important to understand how the federal government defines mental illness and how it affects your right to possess a gun. 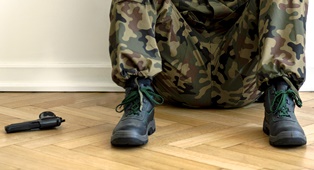 There are no universal gun laws. However, both state and federal laws regulate possession of a firearm by someone who is mentally ill. Under federal law 18 U.S.C. § 922(d), it's unlawful to sell or otherwise dispose of any firearm or ammunition to any person that “has been adjudicated as a mental defective or has been committed to any mental institution.”

In general, this means you can’t possess a gun if you’re considered a danger to yourself or to others, or lack the mental capacity to manage your own affairs according to the Bureau of Alcohol, Tobacco, Firearms, and Explosives regulation 27 C.F.R § 478.11. This includes:

Nebraska doesn't have laws that prevent the purchase or possession of firearms by a person with a mental illness. However, if you’re a veteran, you should understand how federal law might impact your right to own a gun if the United States Department of Veterans Affairs (VA) determines that you’re severely mentally incompetent.

The VA’s Definition of Incompetency

Some veterans return from active duty and develop PTSD or some other form of mental illness such as depression. While seeking VA disability benefits for their condition, many veterans worry that if the VA rates their PTSD at 100 percent, they might be deemed mentally incompetent and unable to possess a firearm. The VA defines mental incompetence this way: “A mentally incompetent person is one who because of injury or disease lacks the mental capacity to contract or to manage his or her own affairs, including disbursement of funds without limitation.”

Federal law states that if the VA determines a veteran to be severely mentally incompetent, and a fiduciary is appointed to take over that veteran’s personal affairs, a “prohibiting record” is sent to the FBI. The FBI, in turn, enters that record into the National Instant Criminal Background Check System, which can prevent you from buying, owning, or transporting a firearm.

Because many veterans worry that a diagnosis of PTSD or some other mental illness will affect their right to own a gun, they don’t seek the treatment they need for their conditions. Approximately half of all veterans own at least one gun, and their concern is that seeking and/or getting treatment for any mental health problem could require them to give up their guns, which prevents them from getting the critical help they need.

However, the VA says this is an unfounded fear, and guns won't be taken away from veterans simply because they’ve been diagnosed with PTSD. Incompetency and PTSD aren't the same things.

It’s not entirely clear what criteria the VA uses to determine a veteran to be mentally incompetent. Although the VA states that making that type of judgment isn’t connected to a single diagnosis, gun possession as it relates to mental illness remains a complex issue.

If you believe your VA disability rights and benefits were restricted or limited because of your PTSD diagnosis, or you’d like an evaluation of your disability case, call Cuddigan Law. Our attorneys will answer your questions and ensure that you have accurate information about your gun rights and your mental health diagnosis. We understand that PTSD is a debilitating mental condition that can severely and negatively impact a veteran’s life, but we also know the law about gun possession.

Our VA Disability Lawyers have supported veterans for years, and we’ll carefully examine your case and advise you on your rights. Contact us today, and you’ll speak to an intake specialist for free. 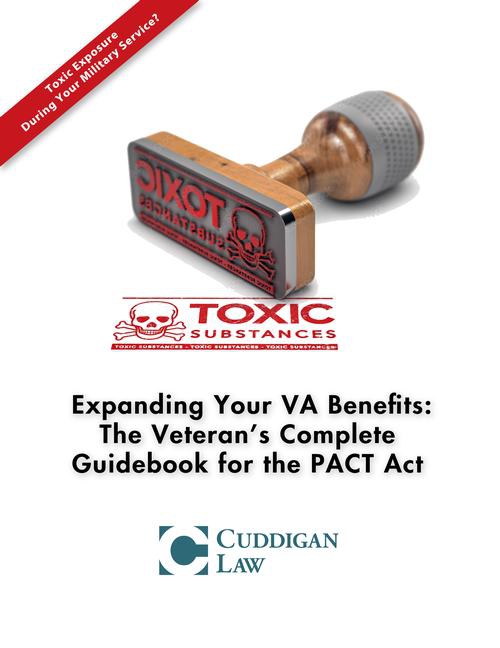