Understanding the Different Symptoms of PTSD and a TBI

It's not uncommon for soldiers who spend time in combat to return from military duty with some type of illness or medical condition. Many have suffered injuries while deployed, and both mild traumatic brain injury (TBI) and post-traumatic stress disorder (PTSD) are known as "signature wounds" of the Iraq and Afghanistan Wars. Statistics show that four out of 10 veterans who experienced a mild TBI also suffer from PTSD.

Many of the symptoms of these two conditions overlap, including fatigue, anxiety, insomnia, irritability, and anxiety, which can cause doctors to treat them in similar ways. However, the two are quite different disorders, and many patients diagnosed with PTSD actually may be presenting symptoms of a TBI.

The Challenges of Diagnosing a TBI and PTSD

A TBI is a neurological disorder caused when there's trauma to the brain and normal function is disrupted by a blow to the head, the brain moving back and forth within the skull, or an object penetrates the skull.

PTSD, on the other hand, is a mental disorder caused by witnessing or being involved in a life-changing, traumatic incident such as: 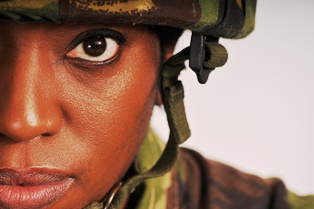 When someone experiences a TBI and also suffers from PTSD, it can be challenging for doctors to know which disorder is causing the symptoms. While a blow to the head doesn't necessarily cause PTSD, the risk is more significant for those individuals who suffer a TBI to develop PTSD.

Doctors can sometimes make diagnostic errors by confusing the symptoms of these two disorders. This mistake happens especially with military veterans.

A study in the United States Department of Veterans Administration (VA) facilities indicated that over 70 percent of patients who reported having a TBI also had PTSD. Because a diagnosis is often made using a checklist of symptoms, VA experts admit it's difficult to distinguish PTSD from chronic TBI.

How PTSD and TBI Symptoms Differ

Because the treatments for PTSD aren't helpful for those with a TBI—and might even be damaging—it's important to distinguish between the symptoms of both conditions. Even though there are significant similarities between symptoms, there are also variances.

Veterans with PTSD may have a difficult time feeling joy about life or feeling emotions at all. When they shut down emotionally, this can cause a distance to develop in their relationships with loved ones and friends and also create conflict.

However, veterans who experience a TBI often experience uncontrollable, unpredictable emotions that swing from high to low. Sudden bursts of laughter, anger, or sadness might cause others to see them as unstable.

After a TBI, veterans often experience amnesia about what happened prior to the injury or after. This amnesia can last for a few minutes or even days or weeks. However, a veteran with PTSD often can't get rid of the memories about the traumatic incident they experienced. Sometimes the details are so vivid the veteran feels he's reliving the trauma repeatedly.

Veterans who experienced a TBI may remember the number of people who supported them following the injury. Friends and family might have visited often and spent time with them during the initial recovery. But, as those people check in less often and visit less frequently, the patient may feel a sense of "social isolation" during a long-term recovery period.

By contrast, veterans who have PTSD feel a sense of isolation, also. However, theirs is brought about by a lack of desire and willingness to interact with others. Feeling afraid to be outside the safety of their own environment limits their communication with others. Ultimately, they isolate themselves from the world.

The experienced disability attorneys at Cuddigan Law recognizes and respects the sacrifices all military personnel make to protect this country. We understand that many veterans return home suffering from a medical condition, including PTSD or a TBI, or may develop symptoms later. If your medical condition is interfering with your ability to live a healthy life, we can help you obtain the disability benefits you need to care for yourself and your loved ones. It's possible that you qualify for financial assistance from the VA.

If you need help with your disability claim, contact Cuddigan Law. Our attorneys have supported veterans for years, and we'll carefully examine your case and advise you on the best approach for receiving the maximum in disability benefits. Call us today, and you'll speak to an intake specialist for free.