Veterans who served in the Persian Gulf War from August 1990–February 1991 came home suffering from unexplained medical conditions and symptoms. Medical professionals could not easily diagnose this cluster of symptoms or associate them with a known disease or illness, so the condition became known as Gulf War Syndrome (GWS), "Gulf War Illness," or "Desert Storm Disease." These symptoms not only affected veterans of this war, but journalists who covered it and government workers employed in the Persian Gulf.

Veterans affected by GWS had a myriad of symptoms and health problems, including:

For quite some time, these health issues weren’t taken seriously, and many veterans were diagnosed with psychological issues. However, more than 100 studies showed a direct link between these conditions and exposure to certain chemicals, including nerve gas, pesticides, and pyridostigmine bromide—a drug to remedy the effects of nerve gas.

It's been challenging for veterans of the Gulf War to get their claims approved for GWS by the United States Department of Veterans Affairs (VA).

To increase your chances of having your claim approved, you may want to hire a legal expert skilled in the VA application process.

Physical Changes in the Brain a New Development of GWS

Eventually, the VA recognized all three conditions as related to time served in the Gulf War.

Additionally, researchers from the Georgetown University Medical Center (GUMC) found evidence in 2013 that veterans suffering from GWS had 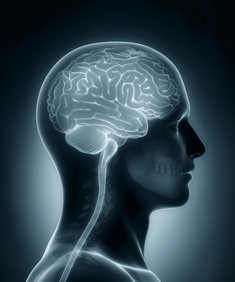 physical changes in their brains that may be associated with the pain they experience. Brain scans were performed on 31 veterans with GWS, and irregularities were found in the nerve fibers—bundles of axons—that process and perceive pain and fatigue.

Dr. James Baraniuk, a senior investigator in the study and a professor of medicine at GUMC, said, “This provides a completely new perspective on Gulf War Illness. The scans tell us these axons are not working in a normal fashion.”

Although the findings are still preliminary, Rakib Rayhan, the lead author on the study, said the changes “appear to be distinct from multiple sclerosis, major depression, Alzheimer’s disease, and other neurodegenerative diseases. These novel findings are really exciting because they provide validation for many veterans who have long said that no one believes them.”

The research helps support the idea that GWS symptoms are biological. Georgetown University researchers found neurological damage in veterans of the Gulf War who suffered from these unexplained medical conditions. Researchers studied the veterans' brains using magnetic resonance imaging. They found that areas of the brain associated with pain and heart rate had been damaged; however, there was no evidence of damage in the control group consisting of healthy veterans and nonveterans.

If you suffer from GWS, you’re eligible for VA benefits if you can prove that you’re a Gulf War veteran who was honorably discharged; you have a “qualifying chronic disability;” you suffered the disability while in service and it can receive a 10 percent disability rating or higher; and you served in active duty in Southwest Asia or the airspace above it. If you believe your military service in the Gulf War caused your current disabling symptoms, or you’ve been denied benefits for these symptoms, call Cuddigan Law at 402-933-5405. We can help you through the complex VA application process.