Gulf War Syndrome and How It Affects Veterans

Between August 1990 and February 1991, an estimated 700,000 soldiers were deployed to serve in the Persian Gulf War. Many military veterans returning from that war complained of a variety of unexplained medical conditions and illnesses. In 1994–1999, the federal government funded 145 research studies on these Gulf War-associated illnesses—at a cost of over $130 million. However, despite the financial investment and the data collected from over 100,000 veterans who claimed they had these illnesses, the exact nature and cause of Gulf War Syndrome (GWS) is unknown, and 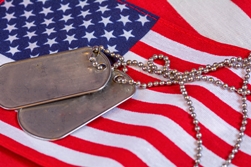 discussion about it continues. Because these veterans experience such a broad range of symptoms, it’s been difficult to draw specific and distinct conclusions and make a single diagnosis.

The United States Department of Veterans Affairs (VA) and other institutions consider many possible factors for Gulf War Syndrome. While they agree it’s unlikely that one specific cause can be identified, there's no agreement on the combination of factors contributing to this syndrome. If you’re a veteran of the Gulf War, you may be eligible for VA disability benefits. But because of the challenges involved in filing a claim for Gulf War Syndrome, you may want a legal expert to help with the process.

Veterans returning from the Persian Gulf War may experience a wide variety of symptoms that don’t seem to be associated with any one particular illness or disease. While not all veterans experience the pain of this syndrome the same way, some of the most common symptoms of Gulf War Syndrome (GWS) include:

Although the specific causes of GWS remain a mystery, the Persian Gulf War became known as a type of “environmental war,” with over 85,000 tons of bombs dropped on Iraq, and Iraqi soldiers blowing up over 700 Kuwaiti oil wells—burning approximately 1 million barrels of oil. The heavy smoke created significant soil and air pollution, and was purported to contain toxic chemicals such as sulfur dioxide, hydrogen sulfide, and benzene.

Some researchers believe that veterans' exposure to the smoke and fumes from these oil fires is a contributing factor of GWS. Other causes may include:

The VA now prefers not to call Gulf War Syndrome by that name, because there are too many variables regarding the associated symptoms. A Gulf War veteran who suffers from what the VA considers a "chronic multi symptom illness" or an "undiagnosed illness" may be affected not only by the symptoms of the condition, but also:

To alleviate the potential financial burdens of dealing with GWS, some veterans may be eligible for disability benefits. However, these claims require a detailed process to prove eligibility.

The VA outlines a certain set of unexplained symptoms believed to be associated with military service in the Gulf War if they exist for six months or longer. These are considered “presumptive” illnesses if they occurred while a soldier was on active duty in the Southwest Asia theater of military operations or through the end of 2016, and the symptoms are at least 10 percent disabling.

Veterans who served in the Gulf War and meet these criteria don’t have to prove a service connection in order to be eligible for VA disability. Unfortunately, a high rate of claims are denied because of the plausibility of unexplained illnesses.

Working through the VA application process to obtain benefits for Gulf War Syndrome can be challenging. If you are a veteran suffering symptoms you believe are associated with your time in the Gulf War, you may be eligible for VA disability benefits, or if you’ve applied and were denied benefits, the professionals at Cuddigan Law may be able to help. Call 402-933-5405 to schedule a free evaluation regarding your eligibility for compensation.