Fibromyalgia (FM) is a chronic condition that affects approximately two to five percent of the population—or about five million adults. Women are seven times more likely to be diagnosed with this disease than men; and while most people suffer from FM in middle age, children can also develop this condition.

FM is characterized by muscle tenderness and pain, sleep problems, and fatigue. There is often unexplained, widespread pain throughout the body that lasts for over three months, and approximately 90 percent of those suffering from FM will have 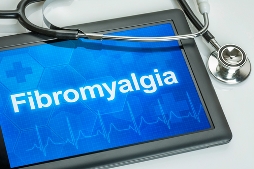 problems with sleep. Along with the chronic pain in tendons, muscles, and other soft tissues, FM is distinguished by "trigger points" that are painful when pressure is applied to them—usually these points are found on the shoulders, neck, legs, back, hips, and arms.

While FM is a condition that affects many people, studies show that veterans of the Gulf War are more frequently diagnosed with FM than civilians or non-Gulf War veterans. Veterans who served in the Gulf War and develop FM don’t have to prove a service connection to receive disability benefits from the United States Department of Veterans Affairs (VA). But in order for a veteran to receive a 10 percent disabling rating, symptoms of FM must have started during active duty in the Southwest Asia theater of military operations or by December 21, 2016.

If you’re a veteran who suffers from FM, you may be eligible for VA Disability benefits. While it may be possible to receive a 10 percent rating for your condition, you may need help to appeal your claim.

What Are the Symptoms of Fibromyalgia?

When you suffer from FM, you may have periods when you feel good and are pain free followed by periods when you experience a great deal of pain. While not all FM symptoms are the same for each person, here are some of the most common symptoms of FM:

In 1991, approximately 700,000 U.S. soldiers were deployed to the Persian Gulf during the Gulf War. Soon after they returned, many complained of pain in their bones and joints, fatigue, memory problems and other cognitive issues, and feelings of emotional stress. In a 2005 study, the Annals of Internal Medicine found that veterans of the Gulf War were much more likely to suffer from FM and chronic fatigue syndrome than those who did not serve in the Gulf.

If you returned from military service and experience flare-ups of widespread pain, stiffness, and trigger-point tenderness in various areas of your body, you may have FM. And as a veteran, you may be eligible for VA Disability benefits for your FM condition.

Even though you may not need to prove a service connection for your FM, working through the VA process to obtain benefits can be challenging. If you are a veteran suffering from FM and are unable to work, you may be eligible for VA disability benefits. Or if you’ve applied and were denied benefits, call Cuddigan Law at (402) 933-5405. Call us to discuss your eligibility for compensation.