Illnesses and Medical Conditions Linked to the Gulf War 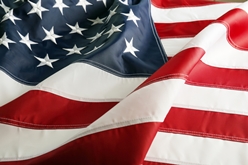 as “Desert Storm Diseases” or “Gulf War Illness.” Not only did veterans complain of these symptoms, but also journalists who covered the war and government employees.

People involved in the war and affected by GWS were thought to have psychological problems, and their health issues were not taken seriously. But after a period of dispute over funding to care for veterans with these illnesses, a committee appointed by Congress released its 2008 analysis of over 100 studies relating to these illnesses. The analysis showed a clear and direct association between exposure to certain types of chemicals and veterans with certain symptoms. These chemicals included:

Dr. Beatrice Golomb, the chief scientist on the committee, said there was an especially strong link between pyridostigmine bromide and the veterans’ medical issues. She also said the "genetic variations that impair enzyme function" in some people may put them at a higher risk of developing GWS symptoms from these chemicals. "Psychological stressors are inadequate to account for the excess illness seen," Golomb said.

The committee did not find sufficient evidence to link Gulf War veterans with an increased risk of cancer; however, it suggested the United States Department of Veterans Affairs (VA) conduct further assessments. Additionally, the committee recommended that the VA continue to assess veterans of the Gulf War for neurodegenerative diseases that may be dormant or inactive for many years and are related to aging. These diseases included amyotrophic lateral sclerosis (ALS), Alzheimer’s disease, and Parkinson’s disease.

Veterans of the Gulf War may be eligible for benefits from the VA, but there are challenges involved in filing a claim for GWS. It’s important to know that in 2015, the VA denied approximately 4 out of 5—or 80 percent—of Gulf War veterans’ claims that had two primary presumptive conditions: chronic multi symptom illness and undiagnosed illnesses. This was an estimated 4 percent increase of denials since 2011. Because of these statistics, you may want a legal expert to help with your claim. Attorneys experienced with the application process for VA benefits can offer more solutions when filing for GWS disability.

Medical Conditions and Illnesses Associated With the Gulf War

Nearly 30 percent of the 700,000 soldiers who served in the Persian Gulf War from 1990–1991 developed GWS. The symptoms are broad, can be debilitating, and hard to categorize into a clear, single diagnosis. For this reason, the VA usually doesn't refer to Gulf War Syndrome by that name. The VA now categorizes a veteran suffering with GWS as having a "chronic multi symptom illness" or an "undiagnosed illness."

Veterans suffer from a variety of medical conditions, including:

In addition, there are certain illnesses the VA recognizes are related to the Gulf War.

People who suffer from GI disorders may experience a broad range of symptoms, including irritable bowel syndrome (IBS), bloating, abdominal pain, vomiting, dyspepsia, constipation, and/or diarrhea. They may also find it difficult or painful to swallow. While IBS is a common condition in civilians, combat veterans have been diagnosed with IBS, also.

In 2011, the VA implemented new rules to assess veterans seeking disability benefits for GI disorders. Because so many veterans were returning from Afghanistan and Iraq with IBS and other GI problems, the VA presumed that these problems were directly related to time served in the military and also recognized this connection in Gulf War veterans with IBS. It’s estimated that 20 percent of veterans without previous symptoms of IBS returned from active duty and developed this condition.

Research conducted on IBS shows that the risk for this condition is greater in those who experience a high level of anxiety—especially if this anxiety is linked to stressful life events. It stands to reason that the stress of military service, traumatic combat situations, fear of death, and the anxiety of being away from home could increase a person’s risk of developing IBS.

This condition presents as severe and long-term exhaustion that does not improve with rest; is not caused by another condition; and possibly worsens with additional physical activity. The U.S. Centers for Disease Control and Prevention (CDC) includes in its definition that the persistent or relapsing fatigue must last longer than six months in combination with at least four other symptoms, which may be:

Veterans who suffer from CFS and seek VA disability must show a new onset of fatigue that is debilitating and reduces normal daily activity by 50 percent for at least six months. They must also have medical evidence that excludes all other illnesses and conditions that could have similar symptoms.

A person is said to suffer from FMS if he experiences widespread chronic joint and muscle pain on both sides of his body; pain that occurs above and below the waist; and pain at any point along the spine. Symptoms of this condition often include:

FMS is usually diagnosed after an exam that includes testing 18 pressure points, also known as tender points. FMS can occur suddenly or gradually, and is sometimes associated with a physical injury or trauma. However, it’s also thought that FMS can occur after exposure to certain chemicals and drugs, or because of infections. Studies show that veterans of the Gulf War are diagnosed with FMS more often than civilians.

Veterans of the Gulf War also experience other unexplained illnesses and conditions that aren’t easy to diagnose. Their symptoms may include:

Research and analysis determined Gulf War veterans are twice as likely as soldiers who were not in combat to experience symptoms of depression, post-traumatic stress disorder (PTSD), bronchitis, asthma, and sexual dysfunction.

Additionally, in 2001, ALS—also referred to as Lou Gehrig’s disease—was included on the list of illnesses more frequently experienced by Gulf War veterans, who are twice as likely to develop ALS than other veterans. To date, approximately 40 veterans of the Gulf War were diagnosed with ALS, and most of them have died.

Veterans of the Gulf War can qualify for VA benefits due to GWS if they can prove the following:

To be designated a Gulf War veteran, you must have served in active duty in Southwest Asia in the following countries or areas and/or airspace above them:

If you served in Turkey or did not serve in the listed areas, the VA does not consider you to be a veteran of the Gulf War.

The application process to obtain GWS disability benefits from the VA can be difficult. If you are a veteran suffering medical symptoms you believe are associated with your military service in the Gulf War, or if you've applied for benefits and were denied, you may be eligible for compensation. Call Cuddigan Law at 402-933-5405 for a free evaluation to determine if you qualify for VA disability.