According to a study by RAND Center for Military Health Policy Research, more than 260,000 veterans of OEF and OIF were diagnosed with a TBI. And those veterans deployed to OIF were shown to suffer more significantly from depression and have problems with alcohol/drug use than veterans from OEF.

Often referred to as the signature injury of both OEF and OIF, a TBI typically occurs after an explosion, sudden blast, or a blow to the head that disrupts the normal functioning of the brain. When there is extreme, accelerated shaking of the brain inside the skull, it damages brain tissue by pulling nerve fibers apart.

While military personnel are at a higher risk for experiencing TBIs, civilians experience them, too. More than 1.5 million people in the U.S. suffer TBIs, and this head injury is the cause of over 50,000 deaths each year. For members of the military, TBIs are most often caused by gunshot wounds, grenades, and improvised explosive devices (IEDs). 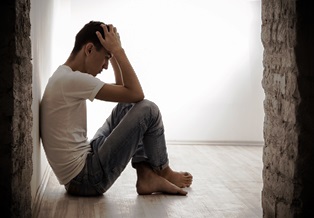 In 2013, VA changes to its regulations on secondary service connections included a TBI and certain conditions and illnesses, including Parkinson’s disease, seizures, dementia, hormone deficiency, and depression.

According to the new regulations, the depression is presumed to be a secondary condition of the TBI if:

There are benefits when a condition is presumed to be service-connected by the VA. Veterans don’t have to prove their injury, illness, or disability was caused during military service. Moreover, it’s not necessary for veterans to provide medical evidence, because the VA has already determined that the existence of the condition establishes the connection. Consequently, this eliminates gathering and submitting proof of a service-connection.

If you’re a veteran who believes you suffer injuries or illnesses resulting from a TBI, you may be eligible for a Gulf War Registry Health Exam. This allows veterans to be notified of potential long-term health issues related to environmental exposure. It’s free, and you don’t have to enroll or be enrolled in the VA healthcare system. If your service was during 1990–1991 in OIF, Operation New Dawn, Operation Desert Storm, the Gulf War, or Operation Desert Shield, you're eligible for the exam.

If you’re a veteran suffering from depression due to a TBI, we encourage you to contact us if you haven’t yet filed a VA claim for this secondary condition, or you believe your current rating is incorrect.

The attorneys at Cuddigan Law can help you better understand if your condition meets the requirements under which depression claims are evaluated and approved. We’ll walk you through the process and work with you to help ensure the best possible chance for getting an approved claim or higher rating for depression as a secondary condition.