Veterans With Hepatitis C Deal May Also Deal With Depression

The Centers for Disease Control and Prevention (CDC) estimates that approximately four million people suffer from hepatitis C in America—a disease of the liver. But living with the virus can affect more than just the liver. It can negatively impact a person’s state of mind, as well. This is especially true for the 234,000 veterans living with this condition—approximately 50,000 who are believed to carry the virus without knowing it. Considered the 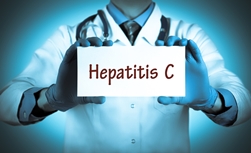 leading cause of cirrhosis, liver cancer, and U.S. liver transplants, hepatitis C is caused by the hepatitis C virus (HVC)—an infection that causes the liver to scar, swell, and often fail.

Managing the physical symptoms of this chronic disease is often challenging; but, there are also mental health issues that can develop in people with hepatitis C. Veterans infected with this virus have a high rate of mental health conditions, including depression. According to the United States Department of Veterans Affairs (VA), approximately 56 percent of veterans who were diagnosed with chronic HCV were also diagnosed with depression in 2008. Addressing psychiatric issues is especially critical when veterans, who show signs of depression, are treated with interferon-based therapies or are being evaluated to receive a new liver.

Some people who contract hepatitis C go on to live a normal life for many years. Others, however, live with painful and serious symptoms that impede their ability to perform full-time work. If a veteran’s hepatitis C reaches this point, he can apply for VA Disability benefits under Code 7354 in the VA Schedule of Ratings, or possibly under Code 9434 if his disease has caused depression. Filing for disability can often be frustrating and time-consuming, and veterans may want to consider obtaining the help of a disability lawyer.

The Connection Between Hepatitis C and Depression

Many people don’t understand the causes of hepatitis C or know much about the condition, and this has caused an inaccurate and often damaging stigma about the disease. People who are diagnosed with hepatitis C sometimes feel that others are judging them or want to avoid to avoid them, and this can lead to withdrawal and depression. Assistant professor of medicine at Harvard Medical School in Boston, Camilla Graham, MD, says, “People with hepatitis C may become isolated, which can pave the way toward depression.” Additionally, research reported in the Hepatitis Monthly journal in 2013 states that people with the virus are “more likely than others to report problems with physical functioning, general health, and vitality.”

A person is considered depressed if he’s unable to feel pleasure from normal, daily events such as social or sexual interaction, eating, or exercise—and this lasts for at least two weeks. This depressed mood must be accompanied by at least four of the following:

Doctors and researchers believe that there are four possible “mechanisms” that connect chronic HCV with depression. Here is a brief look at factors that may contribute to the causative relationship between the two:

Hepatitis C Treatment Can Cause Depression

Unfortunately, Ribavirin has been known to cause mood swings in patients, including depression. But in 2011, two non-interferon-based therapies called direct-acting antivirals (DAAs)—boceprevir and telaprevir—were approved to treat hepatitis C that lower the risk of depression in patients. It’s important that if your doctor plans to treat your hepatitis C with interferon, you tell him about any history you may have of depression or other mental illnesses.

If you’re a veteran who suffers from debilitating hepatitis C, and you can no longer enjoy or participate in everyday activities or sustain gainful employment, call Cuddigan Law at (402) 933-5405. We understand that you may need VA Disability benefits and we can step you through the process. Whether you need to fill out an application or your current claim was denied, we’ll schedule an initial evaluation to discuss your specific case.