Applying for VA Disability Benefits If You Have Chronic Liver Disease

Approximately four million people in the U.S. have hepatitis C caused by the hepatitis C virus (HCV), and according to the Centers for Disease Control and Prevention (CDC), approximately 30,000 people become infected with hepatitis C every year. Considered to be the leading cause of liver 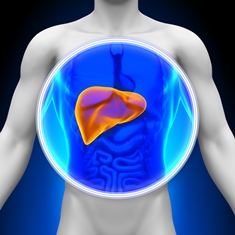 cancer and cirrhosis, hepatitis C is the primary cause of U.S. liver transplants.

Hepatitis C is a disease that causes the liver to swell and scar and may cause the liver to fail. It is most commonly spread by contact with blood and is often called the “silent epidemic,” as people can have the infection for 30 years or more and not know it.

For veterans, hepatitis C has been a critical problem, and officials of the United States Department of Veterans Affairs (VA) report an unusually high rate of this infection in U.S. soldiers. It’s estimated that over 230,000 veterans are infected with hepatitis C, but approximately 50,000 are thought to carry the infection without knowing it. In 2000, testimony by Gary Roselle, VA Program Director for Infectious Diseases, said that “One in 10 U.S. veterans are infected with HCV, a rate that is 5 times greater than the 1.8 percent infection rate of the general population.” And over the past few years, a greater number of veterans are applying for service-connected HCV.

The VA includes hepatitis C in its disability ratings schedule, listing it under the Digestive System section. However, because the disease can be “silent” in the body for a long period of time, many soldiers who have contracted the virus don’t know it and aren’t diagnosed with the disease until years after being discharged. Because of this, veterans find it more difficult to demonstrate what the VA calls “continuity of symptomatology.” This is a pattern of treatment that would have started for a soldier during active service and then continued after they returned home. Consequently, veterans have had a harder time with their disability claims for hepatitis C.

The VA recognizes that many veterans, including those who served as doctors and medics in the military, contracted hepatitis C on the battlefield and due to other combat conditions that increase the risk of transferring the virus. Here is a brief look at how the VA rates this disease:

Some veterans can live with hepatitis C, but some face debilitating symptoms and treatment side effects that make it impossible to work or enjoy a normal daily routine. If you’re a veteran and suffer from hepatitis C or believe you’ve been infected with the virus, we understand the challenges you may face in preparing a claim or appealing one that’s been denied. Contact Cuddigan Law at (402) 933-5405 about your situation. We’re happy to discuss how to establish service connection for your illness and the best ways to win or appeal your hepatitis C disability claim.