Know the Difference Between PTSD and Combat Stress

Veterans returning from military service often have been through high-stress situations and experienced trauma and personal injury. Being deployed to war zones in other countries, facing combat, and dealing with the pressure and hardship of heavy conflict areas can create mental and emotional challenges, with symptoms that manifest differently in each individual. Reactions to combat stress are the body and brain's natural responses to extreme situations, traumatic or life-threatening incidents, and working in a dangerous environment for long periods of time.

While many veterans may experience combat stress, others may experience post-traumatic stress disorder (PTSD). These two conditions have similar symptoms, but they're not the same and shouldn't be confused.

What Is Combat Stress? 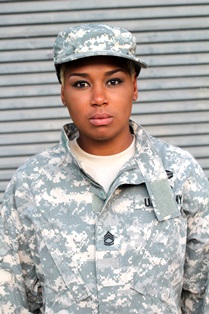 Combat stress, also known as battle fatigue or shell shock, is a variety of behaviors, symptoms, and reactions resulting from battle. This type of stress is quite common and a fairly predictable result after consistent psychological, emotional, and physical stress.

Unlike PTSD, combat stress lasts for a short period of time and isn't considered a medical condition that warrants any type of treatment. Typically, combat stress subsides within a few weeks or months after a veteran returns to the United States or to his normal life.

Many veterans who experience combat stress share similar symptoms, including:

Experiencing combat stress isn't a sign of weakness, instability, or lack of mental toughness. Combat stress can happen to any soldier who has faced any traumatic experience or spent time under extreme conditions. However, combat stress can sometimes lead to "stress injuries"—which cause physical changes to the brain and the way it copes with stress and processes information.

When combat stress continues, and a veteran experiences no improvement or even feels his symptoms have worsened, he may be developing PTSD—a recognized medical condition that can occur after a soldier experiences a traumatic or life-threatening event—where he believes his life or the lives of others around him are in danger. The types of events that might cause PTSD include combat experience, physical abuse, terrorist attacks, a severe accident, or witnessing a natural disaster.

Following the event, a soldier may begin to have symptoms that disrupt his life and make it difficult to follow a daily routine. Because many combat soldiers experience some traumatic event during service, it's not certain why some develop PTSD when others don't. The likelihood that a soldier might develop PTSD depends on:

Many veterans who develop PTSD often improve—however, one in three patients will likely continue to have symptoms. Some PTSD symptoms include:

If you're a veteran who suffers from PTSD, it's possible to qualify for financial assistance from the United States Department of Veterans Affairs. If you need help service-connecting your mental health condition and want to file for disability benefits, contact Cuddigan Law. Our attorneys have supported veterans for years, and we'll carefully examine your case and advise you on the best approach for receiving the maximum disability benefits. Call us today (402) 933-5405, and you'll speak to an intake specialist for free.