After the Vietnam War, U.S. Air Force (AF) Reservists who worked as crew members to maintain C-123 Provider aircraft might have been exposed to small amounts of Agent Orange and other chemical herbicides.

The C-123 planes sprayed Agent Orange as a tactical defoliant to destroy the dense growth, plants, and tree leaves that provided cover to the Vietnamese troops. After this spraying initiative, these planes were then sent back to the U.S. for reconditioning—many of them sent to various Reservist units—where residue remained on the planes’ surfaces. 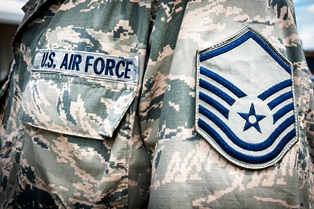 Reservists who came in contact with the aircraft raised concerns over health issues they suffered following the war.

The United States Department of Veterans Administration (VA) asked the Health and Medicine Division (HMD) of the National Academy of Sciences, Engineering, and Medicine to research possible exposure by Reservists working on or maintaining
C-123s.

The report found that the approximately 2,000 AF Reservists who trained and worked on these planes used to spray Agent Orange on Vietnam would likely have been exposed to “chemicals from herbicide residue” on aircraft surfaces.

The exposure occurred when the toxic chemical in Agent Orange, TCDD, left on the planes’ surfaces, was inhaled or ingested after the spraying operation ended, and the C-123 planes were reassigned to U.S. reservist units used for medical evacuation missions and delivering cargo. These assignments went on for 10 years, and those who maintained or worked on these contaminated planes were at risk.

After the HMD reported its results, the VA acknowledged that Air Force Reservists who worked on these planes did come in contact with the toxic Agent Orange chemical. This included any Reservist who operated, maintained, or served on a C-123 that was used to spray herbicides.

You may qualify for disability benefits if you were exposed to Agent Orange as:

If you worked in some capacity on a C-123 aircraft and developed health problems you believe are related to Agent Orange residue exposure, you must provide evidence that you “regularly and repeatedly operated, maintained, or served onboard C-123 aircraft.” You must meet these conditions to qualify for presumptive service connection with Agent Orange exposure.

Medical conditions linked to Agent Orange that have a presumptive service connection include:

If you worked on or maintained a C-123 plane as a U.S. Reservist and believe your current medical condition is linked to Agent Orange exposure, contact Cuddigan Law. You may be eligible for VA benefits, and we can help determine if the work you did on this plane qualifies for disability benefits.

Call Cuddigan Law today to speak with an intake specialist for free. We might be able to help with your VA disability appeal, so let our experienced lawyers go to work for you.