Military Personnel Near the Korean DMZ Exposed to Agent Orange

In 2018, the federal government took a significant step in awarding compensation to veterans exposed to Agent Orange.

The Fairness for Korean DMZ Veterans Act, penned by U.S. Rep. Tom MacArthur, was added to the Blue Water Navy Vietnam Veterans Act—which gave benefits to approximately 90,000 veterans who served on Navy ships during the Vietnam War. MacArthur’s Fairness Act introduced legislation that allowed veterans who served at or near the Korean demilitarized zone (DMZ) an increased time period to qualify for Agent Orange-related illnesses disability.

"This is a major step in righting a wrong that far too many veterans have lived with for too long," said MacArthur. He also mentioned that he was grateful for the decision by the U.S. Department of Veterans Affairs (VA) to package his bill with the Blue Water Act.

More About the Fairness Act 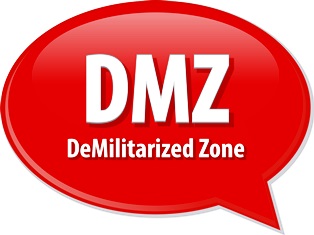 Previously, the VA presumed that veterans who served in areas near or at the Korean DMZ were exposed to Agent Orange between April 1, 1968 and August 31, 1971. Because toxic herbicides were sprayed over this area, soldiers in active military, air, or naval service were likely exposed.

The Fairness Act redefined the time period of exposure for these soldiers, extending it by seven months, recognizing September 1, 1967 as the earliest date for exposure in the Korean DMZ.

The Act did the following:

Veterans exposed to Agent Orange during their military service at or near the DMZ are not only eligible for disability if they were discharged under other than dishonorable conditions, but may also be eligible for an Agent Orange Registry health exam. This exam is available to determine possible long-term health problems associated with exposure to Agent Orange and other toxic herbicides. Additionally, veterans may qualify for a variety of healthcare benefits.

The herbicide known as Agent Orange contained a lethal chemical called dioxin. Over 20 million gallons of herbicides, including Agent Orange, were sprayed over Vietnam to kill its jungles—primarily foliage and vegetation that provided cover for the Vietnamese and Viet Cong troops.

Are You Eligible For VA benefits?

If you’re a veteran who served at or near the Korean DMZ from September 1, 1967 to August 31, 1971, and you have a medical condition you believe is linked to Agent Orange exposure, contact Cuddigan Law. You may be eligible for VA benefits, and we can help determine if your military duty during this time qualifies you for disability benefits.

Call Cuddigan Law to get help with your VA disability application  or appeal today. Let our experienced lawyers go to work for you.