When soldiers returned home from Vietnam, many of them had been exposed to Agent Orange, a toxic herbicide the U.S. military used as a tactical defoliant. Agent Orange contained a deadly chemical called dioxin that's lethal to humans, and many veterans of the war now suffer serious health problems due to that exposure.

What Is Agent Orange?

The U.S. military sprayed over 20 million gallons of herbicides on the jungles, foliage, vegetation, and rice paddies in Vietnam to kill the dense growth that provided protective cover to the Viet Cong troops and Vietnamese soldiers. Agent Orange was the herbicide most commonly used for this purpose.

The deadly chemical “2,3,7,8-tetrachlorodibenzo-p-dioxin”—also known as TCDD or dioxin—was a primary ingredient in Agent Orange. Although there are other dioxins, TCDD is considered the most deadly. 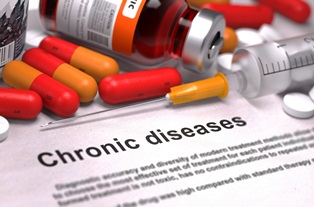 When Vietnam veterans began suffering serious medical conditions, the U.S. Department of Veterans Affairs (VA) recognized that some of these health problems were due to Agent Orange exposure.

Eventually, these diseases were placed on a list for “presumptive diseases associated with exposure to Agent Orange.”

This means the VA realizes that certain medical conditions are linked to chemical exposure, and veterans are eligible for benefits if they suffer from them. These diseases include:

If you’re a veteran seeking disability benefits for a disease associated with Agent Orange, you must show:

If you’re a Vietnam vet and believe your medical condition is associated with exposure to Agent Orange, contact Cuddigan Law. Our attorneys understand how the VA evaluates medical claims related to this toxic, and can help prove that your condition is a presumptive disease that will qualify for disability compensation. Call Cuddigan Law today for help with your VA disability claim.