Am I eligible for disability if I was exposed to Agent Orange while working near the DMZ?

The answer is yes—all thanks to the Fairness for Korean DMZ Veterans Act.

During the Vietnam War, the U.S. military sprayed over 10 percent of South Vietnam with a deadly herbicide known as Agent Orange. This toxic chemical was used as a tactical defoliant to wipe out the thick vegetation, plant life, and trees that provided cover to the Viet Cong and Vietnamese.

The United States Department of Veterans Affairs (VA) recognized that veterans who served in locations near or at the Korean Demilitarized Zone (DMZ) had been exposed to Agent Orange as well, citing exposure dates from April 1, 1968 to August 31, 1971. Eventually, the VA reported that serious, debilitating medical conditions could occur after exposure to even small doses of the deadly toxin.

How the Fairness Act Helps Veterans Who Served Near the DMZ 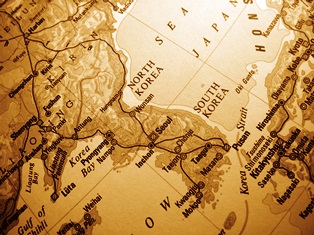 Penned by U.S. Rep. Tom MacArthur, the Fairness for Korean DMZ Veterans Act redefined the period of exposure for veterans who served near or at the DMZ. The VA recognized September 1, 1967 as an earlier date for exposure, expanding the time period by seven months.

The Act proved beneficial for DMZ veterans in the following ways:

Additionally, DMZ veterans may qualify for an Agent Orange Registry health exam, which is offered to determine whether a veteran suffered long-term health problems due to his exposure to Agent Orange.

If you’re a veteran who served at or near the Korean DMZ from September 1, 1967 to August 31, 1971, and you have a medical condition you believe is linked to Agent Orange exposure, contact Cuddigan Law.

You may be eligible for VA benefits, and we can help determine if your military duty during this time qualifies you for disability benefits. Let our experienced lawyers help you with your disability claim. Contact us to speak with an intake specialist for free.