As an Air Force Reservist, how was I exposed to Agent Orange?

During Operation “Ranch Hand,” the U.S. military sprayed 18 million gallons of tactical defoliants to destroy the jungle and dense foliage used by the Viet Cong for cover in Vietnam. One of these defoliants was Agent Orange—a deadly herbicide that contained the highly toxic chemical, TCDD. 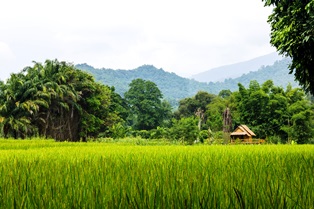 From 1969–1972, approximately 40 C-123 aircraft were used to disperse Agent Orange. When this spraying initiative was finished, the planes were sent back to the U.S. Over 20 of those planes were distributed to U.S. Air Force (AF) reserve units. The others were sold to other countries for use.

In the years that followed, 1,500–2,100 AF Reservists worked on or maintained these C-123 aircraft used to spray Agent Orange ultimately came in contact with chemical residue on the planes’ surfaces.

Navigators, loadmasters, flight engineers, pilots, and anyone providing maintenance for the planes were likely exposed by:

Initially, The United States Department of Veterans Affairs (VA) denied AF Reservists' applications for disability under the Agent Orange Act of 1991, because they hadn’t fought in Vietnam and weren't considered Vietnam veterans. However, in 2014, the VA asked the Health and Medicine Division (HMD) of the National Academy of Sciences, Engineering, and Medicine to research and evaluate the exposure of Reservists to Agent Orange.

The HMD found that when C-123s were sent back to the U.S. for reconditioning and then returned to service, crew members who washed these planes to rid them of Agent Orange were exposed, typically spending between 4.5–12 hours per shift on board one of these contaminated planes. Thus, anyone who had regular contact with them was likely to suffer illnesses caused by or associated with exposure to Agent Orange.

If you worked on or maintained a C-123 plane as a U.S. Reservist and believe your medical condition is linked to Agent Orange exposure, contact Cuddigan Law. We can help determine if the work you did on this plane qualifies for VA benefits.

Call Cuddigan Law to talk with an intake specialist for free and get help with your VA disability appeal. Let our experienced lawyers go to work for you.