The Two Types of Sleep Apnea and VA Disability Compensation 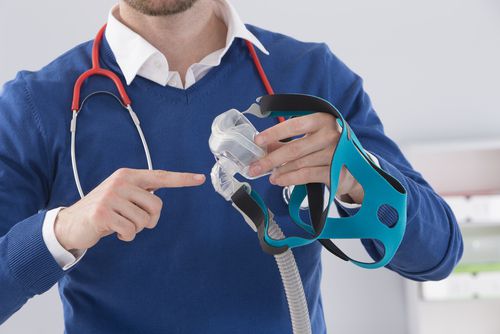 Many U.S. veterans suffer from sleep apnea—a condition that happens when a person stops breathing during sleep and may be associated with long-term exposure to chemicals and dust during military service. If the condition goes untreated, it can lead to serious health issues, and a veteran may be eligible for disability benefits if the symptoms are severe enough.

There Are Two Types of Sleep Apnea

Known as OSA, this type of sleep apnea occurs when oxygen is blocked and can only enter the lungs intermittently while a person sleeps. Although it’s unclear why this happens, muscles in the body relax when you sleep. For most people, the airway to the lungs stays open even when they sleep and their muscles are relaxed. But for those who suffer from obstructive sleep apnea, the airway closes up or nearly collapses.

When this happens, the brain wakes up the muscles in the airway to allow regular airflow. Then, the brain falls back to sleep so quickly, most people have no memory of the event or awareness that they’ve had breathing problems while they were asleep.

There are some things you need to do when filing a VA Disability claim for sleep apnea. They include:

If you’re a veteran and sleep apnea is interfering with your life and work, contact us at 402-933-5405 to discuss your situation. We can help you appeal your claim for VA disability benefits.