Many people experience interrupted sleep and nights with ongoing wake-ups, but others suffer from sleep disorders that require medical attention, especially veterans. 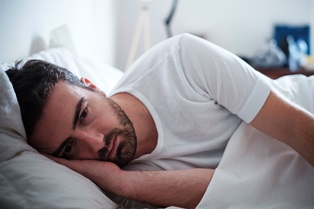 According to the United States Department of Veterans Affairs (VA), many veterans experience sleep problems after deployment, and also after returning from military duty. Both veterans and military personnel on active duty are at a greater risk for sleep disorders than the general public; and have the potential for a wide range of medical conditions associated with poor sleep, including cardiovascular disease, diabetes, and some cancers.

A 2010 study by Madigan Army Medical Center of military personnel on active duty referred for sleep testing found that over 85 percent had a clinical sleep disorder. Over half suffered from obstructive sleep apnea (OSA), and one quarter had insomnia. Additionally, nearly 60 percent had other service-related conditions, including PTSD, brain injuries, and depression.

There are many types of sleep disorders the VA rates for possible disability benefits. They fit into these general categories:

We Can Help With Your Sleep Disorder Claim

The veterans disability attorneys at Cuddigan Law have helped many veterans file claims for sleep disorders. Our firm cares about veterans injured during military service, and if you need help with a claims application or your appeal, Cuddigan Law is ready to assist. Contact us today.