Sleep apnea is a breathing disorder that interrupts a person’s breathing. For some people, breaths are missed; for others, breathing stops repeatedly during sleep. This can reduce the amount of oxygen to the brain and other parts of the body. Nearly 20 percent of 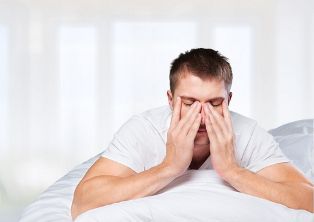 U.S. veterans suffer from sleep apnea, and in 2010, over 60,000 veterans applied for benefits due to this condition.

Although sleep apnea can be caused by obesity, a deviated septum, or age, doctors believe this condition is also caused by long-term exposure to chemicals and dust. People in the military often spend long periods of time in environments that contribute to this condition. Because sleep apnea has been associated with headaches, fatigue, heart problems, memory problems, and high blood pressure, it’s possible that this condition can interfere with your ability to work. If so, you may be eligible for VA disability benefits.

Why the VA Rating System for Sleep Apnea May Change

Over 90 percent of veterans’ claims for sleep apnea have come from veterans of the Iraq and Afghanistan wars and Gulf War I. Officials of The United States Department of Veterans Affairs (VA) believe that the surge in claims may be due to:

What the Rise in Claims Means to You

The surge in sleep apnea claims has contributed to the need for a higher VA budget. And because sleep apnea is not a disability many people associate with a combat injury or returning veterans, the condition is now under review—as is the rating system for all disabilities. New rules could be put in place over the next two years.

A veteran is considered 50 percent disabled if he needs a continuous positive airway pressure (CPAP) machine in order to get a restful night’s sleep. But even with the help of this machine, the condition is not cured, and veterans are still compensated for the impact sleep apnea has on their ability to work.

If you are a veteran who suffers from sleep apnea due to your military service, and your symptoms make it difficult to work, contact us at 402-933-5405. We’ll discuss your situation and determine if you might be eligible for VA disability benefits.