The Good, the Bad, and the Ugly of DNA Testing 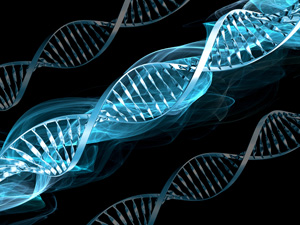 DNA testing has been around for some time, but until recently it was not commonly administered and then only on a doctor’s orders. But all of that has changed. Thanks to easy mail order DNA testing, record-shattering numbers of Americans are getting their DNA tested. In 2017 an estimated 12 million Americans had their DNA analyzed with one of these direct-to-consumer DNA test kits. That was more than all previous years combined. The explosion in DNA testing is partly attributable to the explosion in advertising of DNA testing. In 2016 Ancestry.com spent $109 million in ads extolling the benefits of DNA testing. The business of DNA testing has become fiercely competitive with the major players—Ancestry.com, 23 and Me, My Heritage DNA, Family Tree DNA, and others—offering DNA test kits for $60 to $199. So what are the benefits (the good), the drawbacks (the bad) and the negative outcomes (the ugly) of DNA testing?

Ancestry. In the past all we knew about our heritage and ancestors came from stories handed down by our parents and grandparents. A DNA test often can tell you more about who you than some hazy memories.

Connection to Your Roots. DNA testing can tell us what our “origin stories” are and can connect us to people who share our DNA. DNA testing has made it possible for people to find long-lost relatives.

Family Planning. Some parents-to-be use DNA tests to find out what genes (both good and bad) they are likely to pass onto their children.

Health Risks. Information about certain future health risks is embedded in our DNA.  Some DNA tests can unmask that information. Knowing what possible health conditions may occur gives us the opportunity to intervene and alter our lifestyle or seek early treatment to stay healthy. However, it is important to keep in mind that DNA results are not a diagnosis. The results only tell you about risk—that is the likelihood of a possible disease or disorder. You should discuss any findings about your health risks with your doctor.

Privacy issues. Even though DNA testing companies have strict privacy policies, some consumer advocates have raised concerns about how DNA test results could be used by health insurance companies to bump up the cost of premiums or even to deny coverage. Employers, they say, could also use the information to turn down job applicants. Furthermore, some DNA testing companies are allowing access to their databases by law enforcement agencies. They also can be required by law to comply with a valid court order, subpoena, or search warrant for genetic or personal information. Although some major progress in protecting your genetic privacy happened when Congress passed the 2008 Genetic Information Non-Discrimination Act (GINA) which is supposed to bar discrimination on the basis of genetic information, many believe that the laws protecting genetic privacy are not nearly broad enough.

Hacking. DNA testing companies have a trove of the most personal information about their clients—their DNA. In 2017 millions of details about My Heritage customers were found on a private server. The company said DNA specifically was not breached, but that the hack is still troubling.

Negative Health Results. If you believe your health is perfect, but you take a DNA test and learn you carry a marker for a genetic disorder, that knowledge can be very distressing. Once you know about a medical issue it is impossible to un-know it.

False Results. The direct-to-consumer DNA test kits can produce false positives—for example, implying that person has a genetic marker for a disease when in reality they don’t. Similarly, the tests can produce false negatives—completely missing a key genetic trait.

Family Issues. Children find out that their parents aren’t really their parents, a father finds out that the child he raised isn’t his biological child, or an unknown son or daughter from a previous relationship shows up at the door—these scenarios that routinely happen with DNA testing can turn a family upside down. Sometimes ignorance is bliss.

If you decide to join millions of other Americans and have your DNA tested, here is some good advice from the Mayo Clinic: “No matter what the results of your genetic testing, talk with your doctor, [a] medical geneticist or [a] genetic counselor about questions or concerns you may have. This will help you understand what the results mean for you and your family.”