Soldiers on active duty can face any number of challenges during their deployment, including hostile attacks, being involved in a life-altering event, and working continuously in dangerous environments. But another, perhaps less obvious challenge soldiers face is sleep deprivation.

To overcome their need for sleep, military personnel often turn to energy drinks for help. These drinks may be the beverage of choice and provide a quick and immediate boost for those in combat, but they're also linked to a growing problem: they’re contributing to post-traumatic stress disorder (PTSD) in soldiers and veterans.

The Link Between PTSD and Energy Drinks 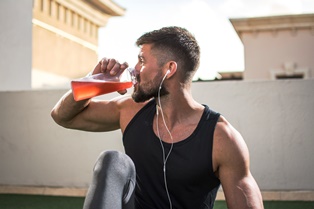 Because getting enough sleep can be difficult for soldiers in war zones, they often rely on energy drinks to help with physical and cognitive performance and provide the focus for a day at combat.

According to a study in Military Medicine, over 75 percent of soldiers reported consuming energy drinks one month prior to taking the survey, and 16 percent consumed two or more energy drinks per day post-deployment.

The study also states that two or more energy drinks a day is considered “high use” and associated with fatigue, anger-related behaviors, and mental health problems.

Many soldiers might believe that energy drinks are critical to staying vigilant and aware while on active duty, but according to the survey, these drinks increase behavioral and mental health problems. The study found:

Cuddigan Law Can Help With Your PTSD Claim

The experienced legal team at Cuddigan Law recognizes and respects the sacrifices veterans have made to protect this country. If you’re a veteran suffering from PTSD, we can help you obtain the disability benefits you need.

If you qualify for financial assistance from the United States Department of Veterans Affairs (VA), we can help service-connect your mental health condition when filing for disability. Our attorneys have supported veterans for years, and we’ll carefully examine your case and advise you on the best approach for receiving the maximum in disability benefits. Call us today, and you’ll speak to an intake specialist for free.