The life-altering, traumatic event experienced by veterans who later develop PTSD is also called a “stressor.” To qualify for disability benefits from the United States Department of Veterans Affairs (VA), you need to show the specific ways the stressor changed your life. Because the VA rates PTSD using two classifications—PTSD Combat and PTSD Non-Combat—it’s important to understand how to best describe and explain your stressor. 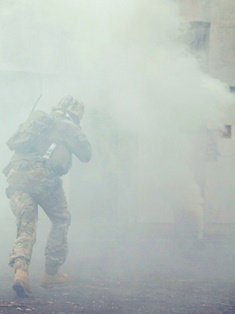 Combat stressors occur from a variety of traumatic incidents. It isn’t necessary for a veteran to be injured by a stressor to qualify for PTSD VA benefits. If someone else was injured or killed, it’s possible for that to be your stressor. Here are some examples of possible combat PTSD stressors for veterans:

To prove a combat stressor when applying for VA disability, an individual must show the following:

Non-combat stressors can occur while military personnel are on active duty but not during actual combat. If you can service-connect the incident that caused your PTSD, even if it wasn’t combat related, you may still qualify for VA disability benefits. Here are some examples of non-combat stressors:

The Importance of Evidence

It’s important to have corroborating evidence about your stressor—meaning, your evidence needs to be very credible. The VA will look at a variety of sources to verify the stressor occurred and use Primary and Secondary Evidence to determine your eligibility for benefits.

Primary evidence about your stressor can include:

The VA will look at secondary evidence about your stressor, including:

Cuddigan Law and Your PTSD Claim

The experienced veterans disability lawyers at Cuddigan Law recognizes and respects the sacrifices veterans made to protect this country. They understand that PTSD can occur whether a veteran experienced a combat stressor or a non-combat stressor. If you’re a veteran suffering from PTSD, we can help you obtain the disability benefits you need to care for yourself and your loved ones.

If you need help service-connecting your mental health condition and want to file for disability benefits, contact Cuddigan Law. Our veterans disability lawyers have supported veterans for years, and we’ll carefully examine your case and advise you on the best approach for receiving the maximum in disability benefits. Call us today, and you’ll speak to an intake specialist for free.