How will a hepatitis C diagnosis impact my life, and can I receive disability benefits?

Known as the “silent epidemic,” hepatitis C is a disease caused by a virus—the hepatitis C virus (HCV) that infects the liver. This disease causes the liver to scar, swell, and sometimes fail. The infection is spread most often through contact with blood from an infected person. It’s possible for a person 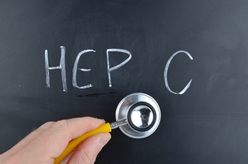 to have the infection for years and not know it.

Hepatitis C can affect people as an acute or a chronic infection. Acute hepatitis C is defined as a new infection that lasts for a short time and may or may not respond to treatment. If the infection does run its course and responds to anti-viral medication, it may clear up on its own. Chronic hepatitis C, however, does not resolve, and a patient may suffer permanent liver damage. It’s a long-term condition that can last a lifetime, and the virus will remain in the body and can cause liver cancer or cirrhosis.

Approximately 30,500 cases of acute hepatitis C were reported in the U.S. in 2014. And over three million people live with chronic hepatitis C. It is very likely that if you have acute hepatitis it will develop into the chronic infection.

Hepatitis C is found in people worldwide, but the regions most affected are Central and East Asia and Africa. Certain populations within countries can see a greater concentration of the infection, including areas where there is a higher rate of drug use. Because approximately 70 percent of people who have hepatitis C don’t know it, over 15,000 Americans die from this disease every year. Here are some of the most common questions about hepatitis C and some general answers to those questions:

Is it true there’s no cure for hepatitis C? Actually, this is not entirely true. Patients with this disease can be treated and “cured”—meaning that after your treatment has ended, the hepatitis C virus can no longer be detected in your blood. It is still possible, however, to have a relapse or suffer a reinfection, and you can still have liver disease.

How do people become infected with hepatitis C?  This disease is a blood-borne virus. It’s passed from one individual to another when an uninfected person comes in contact with the blood of someone infected with the virus. There are a variety of ways a person can acquire hepatitis C, including:

Why do so many veterans have hepatitis C? Approximately 200,000 veterans suffer from hepatitis C. An estimated 60 percent of these veterans served during the Vietnam era. Most veterans contracted it in Vietnam, where it was thought to be spread by battlefield blood transfusions and vaccinations. The United States Department of Veterans Affairs (VA) believes there may be a relationship between the infection and immunizations that were administered using jet injectors—air-gun injections.

Can a person transmit HCV through a kiss? According to the CDC, you can’t acquire HCV if you kiss, hug, or hold hands with someone who has the virus. Additionally, HCV cannot be transmitted through a sneeze or a cough, through a mother’s breast milk, or by eating with utensils that were used by someone with the infection.

HCV has been called a “silent epidemic.” How do I know if I have the virus? Nearly 80 percent of people with acute hepatitis C present no signs or symptoms. If there are signs, they often show up two weeks to six months after a person is exposed to the virus. Typically, symptoms often mimic the flu and can include:

The only way to know if you have hepatitis C is to get a blood test called the Hepatitis C Antibody Test.

Who is most at risk for contracting hepatitis C? Having the Hepatitis C Antibody Test is recommended for many people, including:

If you believe you’ve been exposed to hepatitis C or you’ve been diagnosed with this disease, let Cuddigan Law help you file for VA or Social Security Disability. If you’ve already filed and were denied, we can help with your appeal. Contact us at (402) 933-5405 for a free evaluation of your case.