What evidence do I need to receive VA benefits for a military sexual trauma?

Sexual assault and sexual harassment occur all too frequently in the U.S. military. The United States Department of Veterans Affairs (VA) defines military sexual trauma (MST) as threatening, repetitive sexual harassment or sexual assault, including rape. According to the VA, significant numbers of female and male veterans have suffered sexual assault during their military service—nearly one in five females and one in 100 males.

While sexual assault and rape are the most common form of MST, the VA includes other types of trauma in this category, including:

Military personnel can experience an MST while on duty or off and while on base or off. Because the person responsible for the assault may be a colleague or teammate who works in the same service area, may have control over the victim’s service career and promotions, or may live in the same barracks, the victim may have heightened fears of helplessness and worry about the possibility that the attack will happen again.

If you’ve experienced a MST, it’s possible you’re eligible for VA disability; however, there are important elements you need to include with your claim.

The VA is committed to help MST victims because it recognizes the significance and seriousness of a sexual assault. The VA asks all veterans who seek health care if they’ve suffered an MST, and then the data is tracked to record and document how many 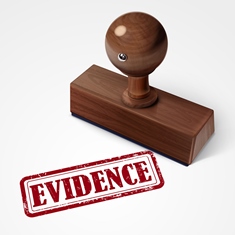 times any type of incident has occurred. While it’s believed that many MSTs are not reported, the VA’s national screening program reports that approximately 1 in 100 men and 1 in 4 women have experienced some type of sexual trauma.

The VA also recognizes that veterans who experience an MST may suffer from follow-on conditions because of the traumatic incident. Consequently, you are eligible for VA disability benefits for a debilitating mental or physical condition that was due to the MST if you can prove the following:

Because the VA realizes you may not have a military medical record that shows proof of the MST, it accepts other types of substantiating evidence, including:

What to Do If Your Claim Is Denied

It’s possible that the VA will deny your claim because it believes you haven’t provided enough evidence. Even though the VA accepts that there’s a service connection even without medical records from your time in service that prove an MST, many times claims are denied because that evidence doesn’t exist. If you’ve been denied or your application is being processed, you’re still eligible to receive counseling and other health care services for medical issues related to your MST. The VA has improved and increased resourcing to help veterans address these related conditions.

If you experienced an MST and suffer from a debilitating condition like PTSD or depression, or the VA denied your MST compensation, it’s often difficult to win an appeal, and it’s helpful if you have a disability attorney to help you. Call Cuddigan Law at (402) 933-5405. We’ll schedule an appointment to discuss your eligibility for compensation. Be sure to ask for a copy of our free book, The Essential Guide to VA Disability Claims.