When Loved Ones Steal: Averting Financial Abuse by Family Members 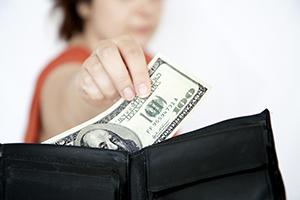 Seniors have increasingly become the targets of shady con artists. An estimated 5 million elderly persons are victimized each year—losing a staggering $36.4 billion dollars. We have all heard of scams in which strangers pose as IRS agents, Social Security personnel, or grandchildren in some kind of distress.  However, there is another kind of financial exploitation that is less commonly discussed: family member fraud. Even those who are hyper-alert to attempts by strangers to steal their money or personal information, can be cruelly exploited by those who profess to love and care for them.

How common is this problem?  Writing in Psychology Today Dr. Stacey Wood, Ph.D., a leading expert on financial elder abuse and fraud, says “[r]oughly 6 in 10 cases of elder financial abuse are committed by relatives and 3 in 10 cases are traced to friends, neighbors, or home care aides. Because the abuse often happens over a long period of time, the amounts stolen tend to be higher than amounts in other forms of fraud against seniors.”

Experts in the field of elder financial abuse say that premeditated plans to steal from an elderly family member are rare. More likely, family fraud starts small and with a feeling of entitlement. For example, it could be the grandchild who picks up groceries for her grandmother may feel she is owed some compensation for her efforts. While there is nothing inherently wrong with being paid for these kinds of services, payment should be planned, upfront, and everyone should be aware of it.  In many cases those who are financially abusing a family member believe that they will inherit the money anyway and so there is nothing wrong with taking an “advance.” In many cases what starts a small amount of money taken here and there often grows to become thousands of stolen dollars.

There are “red flags”—warning signs—which may signal that someone you care about is being financially exploited, says Dr. Wood:

There are steps seniors and their families can take to prevent financial exploitation.  AARP.org offers this advice: