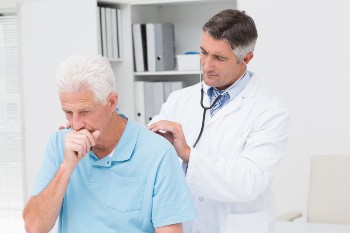 Over the last 30 years, tens of thousands of veterans who were exposed to toxic burn pits during their deployment overseas, as well as to other airborne particulate matter, filed disability claims for many respiratory conditions only to have their claims rejected by the United States Department of Veterans Affairs (VA).

However, on August 2, 2021, the VA added asthma, rhinitis, and sinusitis to the presumptive list of conditions. This means, there is a “fast-track” program for veterans who suffer from these respiratory illnesses, and the VA will assume a service connection if these conditions present within 10 years of military service.

During service in Afghanistan and Iraq, military personnel used open-air burn pits to dispose of waste and trash. These pits were uncontrolled areas that burned garbage and refuse, including rubber, plastics, chemicals, paint, Styrofoam, medical waste, oil, and human waste. Over 200 tons of waste were burned each day creating uncontained toxic smoke and carcinogens that contaminated the air over military bases and the living areas of the service members. One primary dioxin released into the air from these burn pits was TCDD, a major toxin in Agent Orange. TCDD has been linked to many serious medical conditions, including cancer.

Additionally, military personnel were also exposed to high levels of dust, sand, exhaust from diesel engines, and other air pollutants that added to the harmful effects of the toxic fumes.

When veterans returned home, many complained of medical conditions they believed were caused by exposure to the toxic smoke from these burn pits, including eye irritation, coughing, and skin rashes. But for some veterans, these symptoms were temporary. However, there were serious, long-term health issues that didn’t go away, including:

After the VA investigated, they found no link between these conditions and burn pit exposure, nor did they put the respiratory illnesses on the presumptive service list. Consequently, this made it extremely difficult for veterans, who believed their medical conditions were a result of daily exposure to these burn pits, to get disability benefits for their asthma, sinusitis, and/or rhinitis.

However, now that the VA has added these three illnesses to the presumption service list, veterans are able to receive disability benefits with less evidence required to prove their medical conditions were caused or aggravated by their time in service. If you can show that you suffer symptoms of exposure within 10 years of serving in the military, your chances are good that a disability claim for these respiratory conditions will be approved.

How to Know If You’re Eligible

The Department of Defense estimates approximately 3.5 million service members were exposed to burn pits. If you’re a veteran who served in the Southwest Asia theater of operations between August 2, 1990, and the present and you suffer from asthma, sinusitis, and/or rhinitis, you may be eligible for disability benefits. The Southwest Asia area includes:

Additionally, veterans who served in Djibouti, Syria, or Uzbekistan during the Persian Gulf War from September 19, 2001, to the present may also qualify for benefits.

If you suffer from asthma, sinusitis, or rhinitis that you believe is a result of your exposure to burn pits during the Southwest Asia theater of operations between August 2, 1990, and the present, contact the legal team at Cuddigan Law.

Our attorneys have been supporting veterans for years, and we will help document your symptoms with your treating medical providers to describe the full extent of your limitations. We know exactly how much these disability benefits mean to you. If we accept your case, we will take all steps within the law to help you get them.

If your respiratory condition is making it impossible for you to live a normal life or keep a job, contact Cuddigan Law at 402-933-5405 to speak with an intake specialist for free.