Epilepsy: Misdiagnosed as Other Conditions 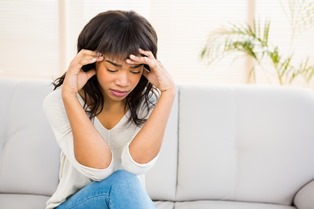 People living with epilepsy—also called seizure disorder—may find the condition has a serious impact on their daily lives and ability to hold down a job. Epilepsy is caused by abnormal, excessive neuron activity in the brain and can negatively affect many mental and physical functions, including the ability to perform physical and sedentary work.

Having a seizure doesn't necessarily mean you have epilepsy, and it’s important that you’re diagnosed accurately should you experience a seizure. In a study reported on by the National Center for Biotechnology Information, a misdiagnosis rate of 23 percent for epilepsy was found, and 26 percent of patients who were referred to a neurologist with “refractory epilepsy” didn't have epilepsy at all. Proper testing is critical for ensuring a proper diagnosis, because there are many conditions that have symptoms that are similar to or mimic epilepsy.

Conditions That Have Symptoms Similar to Epilepsy

Someone must have two or more seizures to be diagnosed with epilepsy, but there are many conditions that have symptoms similar to epilepsy. Here's a brief look at some of those conditions:

Free: Why You Should Hire An Attorney To Handle Your Social Security Disability Claim

A doctor’s misdiagnosis of epilepsy can cause serious issues. A person diagnosed with this condition may have restrictions placed on leisure activities such as driving. Society may exhibit prejudices about a person’s intelligence level, and it may be more difficult for him to find employment.

Additionally, the person may be placed on anticonvulsant drugs unnecessarily, and these drugs are known to have negative side effects. Without an accurate diagnosis, the patient is being treated for a condition he doesn’t have.

If you’re an adult with epilepsy, you may be eligible for Social Security Disability benefits. This condition is evaluated by the nature of the seizures, the frequency, and duration. Because epilepsy can be disabling and make it impossible to sustain gainful employment, it’s important that you enlist the help of an experienced Social Security Disability lawyer to work with you on your disability claim and step you through what can be a complicated process.