Veterans often suffer from more than one condition, illness, or injury after returning home from military service. While they may have experienced one major event such as a traumatic brain injury or loss of limb, secondary conditions can manifest in the aftermath.

Diabetes is one of the most common service-connected illnesses suffered by veterans. And this condition can cause complications such as kidney failure, vascular disease, stroke, and depression. These types of illnesses can be claimed as “secondary” to a service-connected disability. 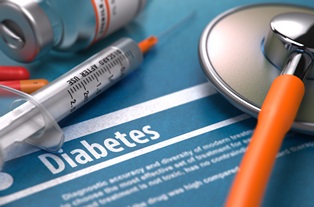 If you’re a veteran who suffers from diabetes, it’s also possible that you suffer from depression. Because the United States Department of Veterans Affairs (VA) recognizes depression as a ratable medical condition, you may qualify for disability benefits for this secondary condition. But it’s important to hire an experienced VA disability attorney can help you with your claim.

When you suffer from diabetes, your body’s blood glucose (blood sugar) is too high. Blood glucose is the body’s main source of energy, and insulin—a hormone produced by the pancreas—helps glucose get into your body’s cells to be used for fuel. If you don’t make enough insulin, the glucose stays in your blood and never reaches your cells. When too much glucose builds up in your blood, it can cause health problems such as diabetes.

Before claiming that your secondary depression is caused by diabetes, you must first prove your diabetes is service connected. There are several ways you can do this:

Once you’ve established evidence for your service-connected diabetes, you can prove your secondary depression. Research shows these two illnesses are linked. Individuals who suffer from depression have a 20 percent increased risk diabetes, and those with diabetes have an increased risk of developing depression.

If you’re a veteran suffering from depression after proving your service-connected diabetes, we encourage you to contact us. The attorneys at Cuddigan Law have helped many veterans with their applications for disability benefits, and they can help you better understand if your condition meets the requirements under which depression claims are evaluated and approved. We’ll step you through the process and work with you to help ensure your best possible chance for getting an approved claim for depression as a secondary condition. Call us today at our Omaha office.