Sarcoidosis is a chronic inflammatory disease that can affect one or many organs in the body and is often difficult to diagnose. 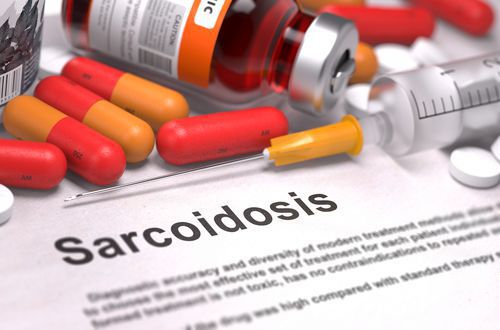 Because there are no known causes for this condition, sarcoidosis can be confused with other diseases. Sarcoidosis is not unique to the military, and research has been inconclusive about whether sarcoidosis in active service members and veterans is caused by environmental and occupational exposures. However, some service personnel and veterans may have been subject to certain exposures associated with the development of this condition. In these cases, they may be eligible for disability benefits from The U.S. Department of Veterans Affairs (VA).

Research by the U.S. Navy and the Centers for Disease Control and Prevention (CDC) found that there was an unexpectedly higher number of sarcoidosis cases in military employees who served aboard aircraft carriers. More studies were made by the Naval Health Research Center (NHRC) and the Armed Forces Institute of Pathology (AFIP) about reported cases among enlisted Navy employees from 1975 – 2001 and the relationship between duties performed onboard the ship and employees hospitalized for sarcoidosis. These findings were cited in a 2007 VA information letter on sarcoidosis. Here’s a look at some of the findings:

The letter also stated that excess rates in the findings may be due to “spurious, chance findings from multiple statistical testing,” and the data could be skewed because larger ships had medical facilities that were better equipped. These larger ships were able to carry out more X-rays, and this could increase the probability for recognizing sarcoidosis in military members. Additionally, the data wasn’t able to make clear if veterans diagnosed with sarcoidosis after leaving the military developed the condition during service.

Sarcoidosis is listed as a disease that has a presumptive service connection—if it appears within the ‘presumptive period’ after service. If a veteran’s condition is severe enough to receive a 10 percent or higher disability evaluation within that presumptive period, the VA assumes it is related to his military service. To be eligible for benefits under presumption, typically a veteran must serve in active duty for at least 90 continuous days. The presumptive periods defined by the VA range from a year to any time after service.

If you’re a veteran and believe that your sarcoidosis was caused during your military service, contact us at 402-933-5405. We can review your medical history and discuss your case to see if you’re eligible for VA Disability benefits.