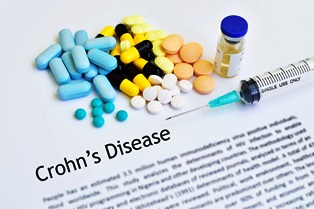 Crohn’s disease is named after Dr. Burrill B. Crohn, who first identified the disease in 1932. It's part of a group of conditions commonly referred to as inflammatory bowel diseases (IBD). Crohn’s disease presents as inflammation of the digestive or gastrointestinal (GI) tract and most often impacts the end of the small bowel and the start of the colon. It can also affect the skin, joints, and eyes.

The exact cause of Crohn’s disease isn’t known, but doctors and researchers believe it’s an overreaction of the body’s immune system, as well as a combination of genetic and environmental factors. Approximately 20 percent of patients suffering from Crohn’s disease have a blood relative with IBD.

The Social Security Administration (SSA) recognizes IBD in its Blue Book listing of impairments, and if you have Crohn’s disease, you can qualify for benefits under 5.06 of the Digestive System section. Although the SSA includes IBD as a digestive system disorder, you need to meet the requirements for this disease. It can help to have an experienced disability lawyer to walk you through the application process.

Although there's still a lot that’s not known about Crohn’s disease, there are some interesting statistics about it, including:

There's no cure for Crohn’s disease. However, researchers and doctors are gaining ground toward finding new and effective treatments for this condition. A key element in living with Crohn’s disease is to work with your doctor to define a treatment plan. Prescription medications treat Crohn’s disease by helping to control the inflammation that affects your symptoms, as well as bring about remission. The medication your doctor prescribes depends on if you have mild, moderate, or severe Crohn’s disease.

Here's a brief look at some of the drugs used for treating this disease:

There are also other strategies for dealing with Crohn’s disease such as decreasing your stress; not smoking, drinking, or taking drugs; and exercising and eating right. While these may seem obvious, nutrition and overall healthy lifestyle habits can be major factors in managing Crohn’s disease.

Although researchers have found no evidence that Crohn’s disease is linked to what you eat, different types of food and drink may irritate your symptoms.

Some people suffering with Crohn’s disease find that the following approaches are beneficial:

We Can Help You File for Disability

If you have Crohn’s disease and need disability benefits, hiring a Social Security (SS) disability attorney to advocate on your behalf can increase your chances of getting your claim approved. Contact the attorneys at Cuddigan Law (402) 933-5405 for experienced, skilled assistance to help you get the financial support you need and deserve. Cuddigan Law handles SS disability claims for clients who need help with their applications, or the appeals process if their claim was denied. Fill out our online form today.