Military Sexual Trauma (MST) is defined by the United States Department of Veterans Affairs (VA) as threatening, repetitive sexual harassment or sexual assault, including rape. In 2009, over 3,200 military sexual assaults were reported—an 11 percent increase from 2008—and an estimated 79 percent of women serving in the military since Vietnam have reported being sexually 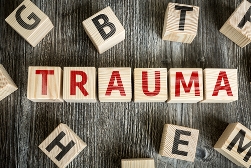 harassed. Cases of sexual assault are often under-reported, especially in military situations and settings. According to the Department of Defense (DoD), an estimated 80 percent of military sexual assaults are unreported.

Approximately 40 percent of civilians responsible for sexual violence are never prosecuted, and only 8 percent of these criminals are prosecuted in the military. If you were a victim of sexual assault while serving in the military, you may be eligible for VA Disability benefits. However, you won’t receive compensation simply because you’ve experienced MST. There are other criteria necessary to receive benefits.

Both men and women can suffer from MST, and the experience may affect them right away, or they may have psychological and physical symptoms years later. No matter when these symptoms occur, MST can cause debilitating conditions such as panic attacks, anxiety disorders, or depression, as well as conditions related to substance abuse.

In order to receive benefits, your VA disability claim must show that you suffer from one “disabling condition” brought about by MST—a “compensable health condition.” Because of the complexity and severity of MST, the VA addresses this condition differently than others, so to be eligible for VA benefits due to MST, you need to prove and provide the following:

Additionally, to win an MST claim, you need to:

Very often, people who survive an MST won’t have documentation that proved the assault or harassment actually occurred. Because most sexual assaults are not reported right away, and there is a stigma to reporting them, the military isn’t likely to take disciplinary action against the criminals who are responsible for the assaults. Consequently, the victim will have no record of the incident or that it happened at all.

However, the VA understands that there are issues involved with reporting an assault, and it doesn’t require that the medical records from your military service contain evidence of the harassment you received or the assault itself. There are other acceptable types of proof or evidence that the VA will accept, including:

If you’ve demonstrated changes in behavior, the VA may accept these as well:

If you experienced an MST and suffer from a debilitating condition like PTSD or depression, you may be eligible for VA disability benefits. If this condition is interfering with your work and  making it impossible to sustain gainful employment, or your initial claim was denied, call Cuddigan Law at (402) 933-5405. We’ll schedule an appointment to discuss your eligibility for compensation. Be sure to ask for a copy of our free book, The Essential Guide to VA Disability Claims.