When U.S. military personnel serve in combat, hearing loss is probably not a primary concern. However, military audiology reports show that nearly 50 percent of those serving their country and that are exposed to loud noise and blasts suffer tinnitus (ringing in the ears), and 60 percent suffer permanent hearing loss. Not only are tinnitus and hearing loss widespread conditions in military personnel, they are the most common disabilities in veterans. Hearing loss has been called a “silent military epidemic.”

How the Military Is Addressing Widespread Hearing Loss in Veterans

Loud noises from explosives, ship engines, and aircraft can cause severe hearing loss for service members, and over 400,000 veterans of the Afghanistan and Iraq Wars have experienced tinnitus and hearing loss due to time served in the military. Statistics reported on by the Centers for Disease Control and Prevention show that the probability for veterans to have severe hearing 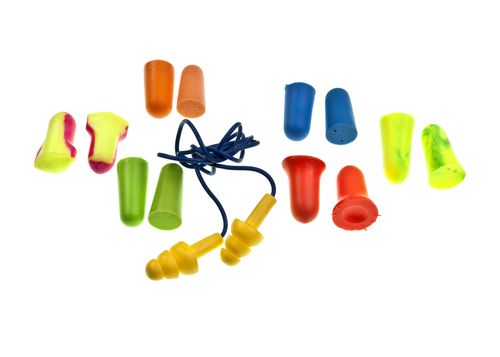 impairment (SHI) was 30 percent higher than for nonveterans. And those who served in Operations Enduring Freedom and Iraqi Freedom were four times more likely to have severe hearing impairments (SHI) than civilians.

These statistics indicated a need for improvement in hearing conservation programs (HCPs), and in 2012, the United States Department of Defense (DOD) created a Hearing Center of Excellence that addresses hearing loss and auditory injury among veterans and warriors.

The Problem With Earplugs

The military addressed the growing number of service-related hearing problems by providing soldiers with better earplugs that were also easier to wear. However, that didn’t solve the problem because some soldiers:

Increased efforts have been made to educate troops about how to protect their hearing, and more war zone testing has been done to detect injuries to the ears—all in hopes of decreasing the rate of new hearing damage cases.

But even with all the information now known about service-related hearing loss, U.S. troops still suffer auditory trauma. Today’s deafening arsenal of weaponry makes even the best hearing protection only partially successful, and it’s effective only if properly used.

If you’re a veteran, and your military service exposed you to extreme noise levels, you may face serious hearing problems and disabling hearing loss. If your auditory trauma is interfering with your life and work, contact us at 402-933-5405 to discuss your situation. We can help determine if you’re eligible for disability benefits from the United States Department of Veterans Affairs (VA).