During the Vietnam War, the U.S military carried out a program called Operation Ranch Hand to clear the plants and trees in Vietnam. By spraying herbicides on the thick foliage, military personnel destroyed the natural cover under which the enemy troops could hide.

For nearly a decade, millions of gallons of tactical defoliants, including Agent Orange, were used to remove the vegetation. Agent Orange contained "2,3,7,8-tetrachlorodibenzo-p-dioxin," referred to as TCDD to researchers and as "dioxin" to the public. An extremely toxic chemical, Agent Orange is known to cause cancer.

Over the years, there’s been an increase in disability claims for diseases caused by exposure to Agent Orange from veterans who didn't serve in Vietnam or the area near the Korean Demilitarized Zone (DMZ). Many of these claims came from Vietnam-era veterans who worked outside these areas.

These veterans claim their exposure to Agent Orange occurred while stationed at various U.S. military installations, including in the U.S., Canada, Guam, Panama, Okinawa, and the Philippines. They believe they may have come in contact with the herbicide or other pesticides sprayed in the areas where they worked or lived. 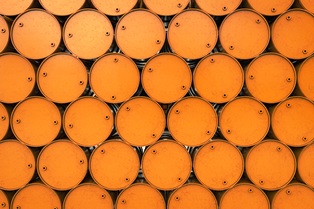 In December 2006, the U.S. Department of Defense (DOD) published “The History of the U.S. Department of Defense Programs for the Testing, Evaluations, and Storage of Tactical Herbicides.” In general, this report discussed the many locations outside Vietnam where tactical herbicides were tested, stored, and used. Approximately 40 locations are specified in this report, as well as information about the activity related to the herbicide.

Herbicide Tests and Storage Inside and Outside the U.S.

Agent Orange and other herbicides used to destroy vegetation in Vietnam were stored or tested in various locations, including many U.S. military bases. Here's a non-comprehensive list from the DOD citing some of these locations where testing, storage, and disposal of herbicides occurred.

Between December 1966 and October 1967, “a short-term evaluation was conducted by personnel from Fort Detrick’s Plan Science Lab in coordination with contract research on formulations by chemical industry and field tests by USDA and U of HI.” Agents used were in-house desiccants mixtures and formulations, Orange and Blue.

From 1962 to 1968, a two square mile test area was sprayed with herbicides, including Agent Orange, to study vegetation and ecological changes. Other herbicides used included Purple, White, and Blue.

Between June 1968 and September 1968, “a spread factor study was performed by the Army to correlate the spherical drop sizes of both Orange and Stull Bifluid defoliants. It involved development of new techniques to determine spread factors over an extended range of drop sizes. A spinning cup drop generator was used.”

In 1963, studies were performed to analyze the efficacy of certain herbicides. All of the studies were field trials and conducted by U.S. military personnel from U.S. Army Biological Laboratories. Agents used included Tordon, 2,4-D, Orange, diquat, endothal, and combinations of each with Tordon.

From December 1966 to October 1967, “a comprehensive short-term evaluation was conducted by personnel from Fort Detrick's Plant Science Lab in coordination with contract research on formulations by the chemical industry and field tests by USDA and University of Hawaii.” Agents used included basic desiccants and Orange and Blue.

From April 1966 to October 1966, “field tests of defoliants were designed to evaluate such variables as rates, volume of application, season, and vegetation. Data from aerial application tests at several CONUS and OCONUS locations are provided in tables.” Agent Orange was tested.

In the summer of 1977, the U.S. Air Force engaged in operation PACER HO, where 2.22 million gallons of Herbicide Orange were incinerated at sea. Extensive industrial hygiene sampling efforts supporting the transfer operations at Gulfport, Mississippi, and Johnston Atoll in Hawaii indicated all exposures were inconsequential (2-3 orders of magnitude below the TLVs for 2,4-D and 2,4,5-T).

If you’re a Vietnam-era veteran who served outside Vietnam but have a medical condition you believe is linked to your exposure to Agent Orange, contact Cuddigan Law. We can help determine if your military duty qualifies you for disability benefits.

Call Cuddigan Law to get help with your VA disability application today. Let our experienced lawyers go to work for you. Contact us to (402) 933-5405, speak with an intake specialist for free.