During the Vietnam War, the U.S. Air Force engaged in Operation Ranch Hand, a program that sprayed herbicides on the thick vegetation and foliage of Vietnam to destroy this natural cover for enemy troops. For nearly 10 years, approximately 20 million gallons of these tactical defoliants were used.

One was Agent Orange, which contained 2,3,7,8-tetrachlorodibenzo-p-dioxin, referred to as TCDD by researchers and as "dioxin" by the public. Agent Orange is a highly toxic, deadly chemical that is a known carcinogen.

The C-123 aircraft that assisted with Operation Ranch Hand used bases in Thailand. These planes launched from Ubon, Udorn, NKP, and Takhli periodically to conduct missions against specific locations in Laos and Vietnam.

For military personnel working on these aircraft and near the Thailand storage areas, the risk of exposure to Agent Orange and other herbicides was high, as the spraying equipment on the Operation Ranch Hand aircraft and the barrels that contained the herbicides were known to leak.

Initially, the United States Department of Veterans Affairs (VA) claimed the aircraft used in Operation Ranch Hand and the herbicides they carried were either “temporarily staged or never staged” on Thailand bases. However, documentation and sworn statements by military personnel contradicted that position.

Additionally, national archives show that various herbicide missions were launched from Thailand twice in 1966, twice in 1967, and also in 1969 and 1970. These missions were classified, but they show a directional relationship between the U.S. military in Thailand and the Operation Ranch Hand program. 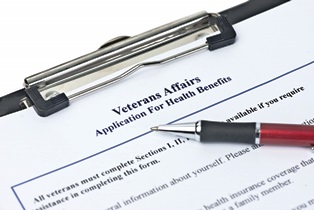 With the passage of the Agent Orange Act of 1991, the VA acknowledged that Vietnam War veterans were exposed to Agent Orange.

Thus, those veterans with “boots on the ground service” were granted presumptive service connection if they suffered from specific medical conditions, making it much easier to obtain VA disability compensation for their diseases.

However, before 2010, veterans stationed in Thailand during the Vietnam War didn't receive that same consideration. Instead of receiving presumptive service connection for their exposure to Agent Orange, they had to prove three conditions to qualify for direct service connection disability:

With presumptive service connection, a veteran only needs to prove the first two elements because the third is "presumed." Thus, the VA assumes your disability resulted from your military service, and you don’t have to provide proof or an evidential link between the incident and your disease.

However, in 2010, the VA recognized that veterans who served in Thailand and suffered from certain illnesses related to Agent Orange exposure deserved presumptive service connection. These diseases, which were placed on a list for "presumptive diseases associated with exposure to Agent Orange," include Parkinson’s disease, Hodgkin’s disease, Ischemic heart disease, AL amyloidosis, chronic B-cell leukemia, multiple myeloma, and early-onset peripheral neuropathy.

If you’re a veteran who served perimeter duty on a U.S. Army installation in Thailand or on Royal Thai Air Force bases in Thailand, including U-Tapao, Ubon, Nakhon Phanom, Udorn, Takhli, Korat, or Don Muang; and you have a medical condition you believe is linked to Agent Orange exposure, contact Cuddigan Law.

You may be eligible for VA benefits, and we can help determine if your military duty during this time qualifies you for disability benefits. Call Cuddigan Law to get help with your VA disability application or appeal today. Let our experienced lawyers go to work for you. Contact us to speak with an intake specialist for free.