What's the difference between IBD, Crohn’s Disease, UC, and IBS?

These conditions are similar in some ways and have some comparable symptoms, but they're quite different and require different types of treatment.

The Differences Between IBD, UC, Crohn’s Disease, and IBS 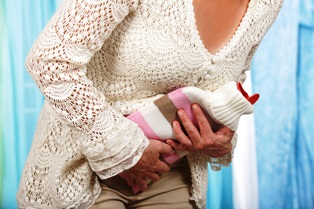 UC and Crohn’s disease are the most common conditions associated with IBD. UC is characterized by inflammation and ulcers in the lining of the colon. Symptoms of UC can include:

Physicians classify UC depending on much of the colon is affected. If your condition is mild, it's likely limited to the rectum. If more parts of your colon are impacted, you may have more serious symptoms. People who suffer from UC when they’re young will often experience the worst symptoms.

You may also experience complications with these painful symptoms, including a blockage in the intestines, abscesses, and scar tissue. In some cases, your doctor may want to surgically remove the portion of your digestive tract that is has been damaged by Crohn’s disease.

IBS is considered a “functional gastrointestinal disorder” where there is some type of disruption in the functioning of the bowel. It's not considered a disease; rather, it’s a syndrome that's characterized by a group of symptoms that can include constipation, abdominal pain, diarrhea, or bouts of both. Patients who suffer from IBS are also more likely to experience chronic pelvic pain, fibromyalgia, and chronic fatigue syndrome.

People sometimes refer to IBS as spastic colitis or mucous colitis, but not only are these terms incorrect, they also add to the confusion about the nature of this condition. The word “colitis” pertains to inflammation of the large intestine (colon); however, there's no inflammation with IBS. And unlike people who suffer from UC, IBS patients don't have colons that present signs of abnormalities or disease.

Because IBS doesn’t cause the type of damaging inflammation found in IBD conditions, it's often considered a less serious disease for the following reasons:

Even though IBS is less severe than IBD conditions, it can still negatively impact a person’s ability to live life normally. Symptoms of this syndrome can affect a patient’s social life, ability to travel, and ability to work.

We Can Help You File for Disability

Knowing the difference between IBD conditions and IBS is important when seeking disability for gastrointestinal disorders. If you’re IBD makes it difficult for you to work or live a normal life, you may be eligible for Social Security benefits. Hiring a disability lawyer to help you with your application is the best place to begin. Having an attorney to advocate on your behalf can increase your chances of getting your claim approved.

Contact the attorneys at Cuddigan Law at (402) 933-5405 or by email at [email protected] for experienced, skilled assistance to help you get the financial support you need and deserve. We can offer you a free, no-obligation evaluation of your case.