A significant number of service personnel have experienced military sexual trauma (MST), according to the United States Department of Veterans Affairs (VA). Defined by the VA as threatening, repetitive sexual harassment or sexual assault, including, rape, MST also includes other types of trauma, including pressure to engage in any type of sexual activity that has implied 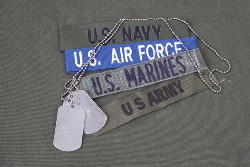 benefits or threatens negative consequences, unwanted sexual touching or advances, and objectionable and offensive remarks about any person’s body or sexual behavior.

In 1991, the Department of Defense (DoD) announced a Zero Tolerance Policy against acts of sexual misconduct. However, these incidents have steadily increased. In 2013, The Military Justice Improvement Act (MJIA) was introduced by Senator Kirsten Gillibrand to change how serious military crimes and offenses—specifically, sexual assaults—are taken to trial. The Act was meant to reform the court-martial trial process, requiring an officer outside of the victim’s chain of command to make the determination about whether the accused should be court-martialed. In 2014 and 2015, the Senate blocked passage of this Act.

How many service members have experienced a MST?

Since 2006, it’s reported that over 95,000 military service members have been sexually assaulted. It’s also estimated that in the past 25 years, over 500,000 people in the military have been victims of this crime. In 2012, active duty members who participated in an anonymous survey reported approximately 26,000 incidents of unwanted sexual contact. This contact included aggravated sexual assault, coerced and abusive sexual contact, and rape.

Are women more likely to experience a MST than men?

In a report released in 2014, the findings show that military sexual assault is a problem that affects both males and females. Nate Galbreath, senior executive adviser for the Pentagon’s sexual assault prevention office, says, “There’s still a misperception that this is a women’s issue and women’s crime.” Data analysis by the Associated Press (AP) found that 1.2 percent of the men surveyed said they’d been sexually assaulted compared to 6.8 percent of the women. “But there are vastly more men in the military,” says the AP. “By the raw numbers, a bit more than 12,000 women said they were assaulted compared with nearly 14,000 men.”

Are all MSTs reported?

According to the DoD, approximately 19,000 incidents of military sexual assault occur every year, and it’s estimated that 85 percent are never reported. Additionally, about 75 percent of both men and women who were sexually assaulted didn’t report these incidents.

What makes reporting a MST so difficult?

For any victim of a sexual assault, reporting the incident can be emotionally daunting and threatening. But there are special factors that make reporting a MST unique in the military. Here are a few of those factors:

Because of these factors, service personnel may feel they face a no-win situation and believe they are trapped by their special circumstances.

What are some of the emotional and psychological problems and outcomes military victims face after a MST?

Military personnel who suffer a MST may experience symptoms soon after the incident or may have psychological and physical symptoms years later. These symptoms can be debilitating and create the following long-term, severe problems:

Is there a connection between MST and the rate of suicide in military personnel?

How many of the assailants are prosecuted?

It’s likely that any military personnel who rapes or sexually assaults a service member won’t be punished, disciplined, or convicted of a crime. It’s estimated that an assailant of a sexual assault will have over and 85 percent chance of having the assault 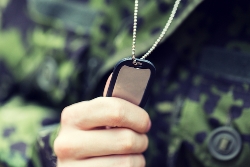 kept secret and over 90 percent chance of not being court-martialed.

In some respects, this may be considered a vicious cycle. Victims are discouraged from reporting the assault because of the military’s culture of acceptance along with few prosecutions and the intimidating chain of command structure, so the assaults continue.

Moreover, military personnel risk investigation of their sexual personal history, ridicule, demotion, and involuntary discharge if they report a sexual assault by a command officer. A reportedly 90 percent of MST survivors are involuntarily discharged; 80 percent of accused assailants are discharged with honor.

Am I eligible for disability if I’ve experienced a MST?

You may be eligible for VA disability after suffering a MST, but there is key information you must include when making your application. While the VA recognizes you may not have documentation that proves the assault happened and will accept other evidence, it does require evidence that you suffer from a disabling physical or mental disability and that disability was caused or made worse by the assault that took place during your service. Additionally, to submit a successful MST claim, it’s helpful if you have a doctor write a Nexus letter.

If you experienced a MST and suffer from a debilitating condition related to that incident, you may be eligible for VA disability benefits. Or if you’ve applied and were denied benefits, call Cuddigan Law at (402) 933-5405. We’ll schedule an appointment to discuss your eligibility for compensation. Be sure to ask for a copy of our free book, The Essential Guide to VA Disability Claims.