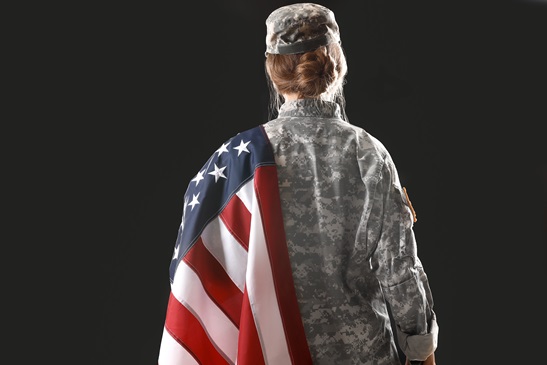 Since the Revolutionary War, women have served in the U.S. military. Today, female veterans are the fastest-growing group of U.S. veterans and make up approximately 10% of the country’s 22 million veteran population. It’s projected that by 2040, this number will increase to 18%. Today, there are more than 2 million women veterans in the U.S., and approximately 500,000 of these veterans are disabled. Additionally, nearly 55% of these women have a service-connected health condition rated at 50 % or higher.

Both men and women in the U.S. armed forces face a high risk of illness and/or injury. Not only do they undergo rigorous training, but their daily routines also involve exhausting physical activity and combat. However, there are some disabilities that are more common in servicewomen than in men, including:

If you’re a female veteran seeking disability benefits from the VA for service-connected medical conditions that have left you unable to work, contact the legal team at Cuddigan Law. Our attorneys have been supporting veterans for years, and we will help document your symptoms with your treating medical providers to describe the full extent of your limitations. We know exactly how much these disability benefits mean to you. If we accept your case, we will take all steps within the law to help you get them. If your health condition is making it impossible for you to live a normal life or keep a job, contact Cuddigan Law at (402) 933-5405, to speak with an intake specialist for free.