As an Air Force Reservist, can I obtain VA disability if I was exposed to Agent Orange?

Possibly. At the request of the United States Department of Veterans Affairs (VA), the National Academy of Sciences, Engineering, and Medicine studied U.S. Air Force (AF) Reservists and their likely exposure to Agent Orange while working on C-123 aircraft used in the Vietnam War.

The 2015 report, "Post-Vietnam Dioxin Exposure in Agent Orange-Contaminated C-123 Aircraft," was released with findings about the negative health impact Agent Orange had on Reservists who came in contact with this aircraft.

The report found that “approximately 1,500-to- 2,100 AF Reserve personnel trained and worked on C-123 aircraft that had previously been used to spray herbicides, including Agent Orange, in Vietnam.”

Additionally, the report determined that Reservists who had “regular contact with the aircraft could have been exposed to chemicals from herbicide residue, including TCDD—the toxic chemical in Agent Orange—and that exposure could result in adverse health effects.”

After the published report, the VA recognized that AF Reservists who operated or maintained C-123s were exposed to Agent Orange. These planes were used to spray tactical defoliants to destroy trees, plants, crops, and vegetation used by the Viet Cong and Vietnamese as cover. After the U.S. stopped spraying Agent Orange in 1971, the C-123 planes were reassigned to reserve units to carry cargo and for medical evacuation missions that continued for 10 years. 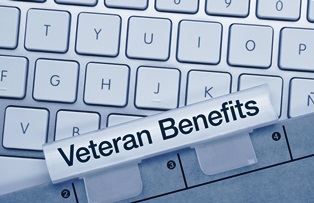 If you were a Reservist, you may qualify for disability benefits due to Agent Orange exposure if you came in contact with a C-123. If you’ve developed a disease you believe is due to that exposure, you need to prove you worked on or with this type of plane.

Some diseases associated with Agent Orange include:

If you maintained or came in contact with a C-123 plane as a U.S. Air Force Reservist and believe your medical condition is linked to Agent Orange exposure, contact Cuddigan Law. You may be eligible for VA benefits, and we can help determine if the work you did on this plane qualifies for these benefits.

Call Cuddigan Law to get help with your VA disability appeal today. Let our experienced lawyers go to work for you. Contact us to speak with an intake specialist for free.