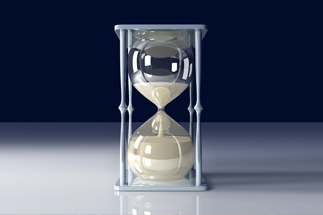 Winning Social Security Disability Insurance (SSDI) benefits has always been a long and difficult grind.  Now, for the majority of disabled Americans, wait times have gotten even longer.

The standard procedure for qualifying for Social Security disability benefits starts with filing an application—online, by mail, by phone or in person—with a Social Security field office. On average it takes about four months to get a decision regarding your initial application and it is likely that you will be turned down. About two out of every three applicants are denied benefits at this stage. If you are rejected, you have 60 days to ask for a “reconsideration.” This is followed by an average wait of another four months for a decision on your reconsideration request. Only 12 percent of people who ask for a reconsideration get approved. Applicants who are turned down for benefits in the initial application and reconsideration stages have the right to appeal. Appeals are heard by administrative law judges (ALJs) who have a measure of independence from the Social Security Administration (SSA).

The appeal hearing is the best opportunity for a disabled person to present their case because they get to tell their story in person and of those who eventually obtain disability benefits most of them win benefits at this stage. However, the wait time for a hearing has always been frustratingly long and it has gotten worse.  “The average wait time is 596 days or 19½ months, up from 545 days [a year ago] and only 353 days in 2012,” an investigation by the San Francisco Chronicle found. “The backlog of cases pending a hearing stands at about 1.1 million, up from 700,000 in 2010.”

In explaining the backlog, the Social Security Administration points a finger at Baby Boomers who are moving into their prime disability years, an increase in claims filed during the recession, and not enough staff. In an attempt to reduce the backlog, SSA unveiled a plan two years ago which called for expanded use of video hearings and a goal of hiring an additional 250 administrative law judges per year in 2016, 2017 and 2018. SSA said its goal was to whittle down the waiting time to 270 days by the end of 2020.

But the plan has woefully fallen short. “[SSA] hired 264 judges in 2016, but added only 30 in fiscal 2017…because of hiring freezes in the agency and throughout the federal government,” the Chronicle reports.

As a result, the average wait time—the length of time between applying for a hearing and an ALJ rendering a decision— in August of this year (the latest statistics available) ballooned to an average of 19 months in the Omaha hearing office according to the SSA’s own statistics, which in general mirrors the national average.

Equally troubling is that “the percentage of people who apply for a hearing and win has fallen to 46 percent from 64 percent six years ago, according to the Chronicle. “One reason: Since March, judges can now give equal weight to the applicant’s doctor and to a second opinion from a doctor appointed by Social Security. Previously, they gave more weight to the applicant’s doctor.” (A development we reported in a May blog post.)

“The intolerable wait times and cruel denial of benefits is deeply troubling, Social Security Disability Attorney Tim Cuddigan says. “Medical costs are the number one reason for bankruptcy in America.  We have seen far too many cases where people have had to file for bankruptcy, lost their homes, and, in some cases, even died before getting a penny of the benefits they were entitled to.  The Social Security Administration must make good on their promises to reduce the appeal backlog.”

(For more about the tragic consequences of the hearing backlog click here for a CBS News Report: Disability backlog tops 1 million; thousands die on waitlist.)

Because the road to winning benefits can be difficult to navigate and given the high percentage of initial applicants who are denied benefits, it can be helpful to work with attorneys who exclusively focus on disability law. For an evaluation of your situation at no cost and with no strings attached contact us at Cuddigan Law where you have a team of professionals in your corner who will fight for your rights.