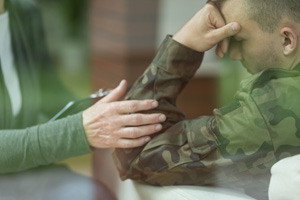 A recent court ruling may open the door to VA disability benefits for thousands of veterans suffering from pain related to their military service. Until last month the VA took the position that to be eligible for disability payments veterans had to have a clear diagnosis of an injury and, regardless of how much pain a vet was suffering, pain in and of itself was not a disability. This was a 19-year precedent used by the VA in denying more than 11,000 disability claims.

However, on April 3 the U.S. Court of Appeals for the Federal Circuit changed all of that with a ruling which said that pain, even without any underlying disability, may be a valid reason for awarding compensation. The ruling came in court challenge brought by the National Veterans Legal Services Program on behalf of Army veteran Melba Saunders. Ms. Saunders served for seven years including a tour of duty in the first Gulf War. The Military Times noted “she injured her knees during her…service, a fact that military doctors noted in her files without determining a specific medical diagnosis of the issue. When she left the service and applied for veterans disability benefits, her claim was denied. VA officials acknowledged the problem stemmed from her time in service but the Board of Veterans’ Appeals cited a 1999 Veterans Court decision which held that ‘pain alone is not a disability for the purpose of VA disability compensation.’”

The court disagreed. It cited the definition of a disability as “an impairment in the enjoyment of life or earning ability” and said that “pain is a form of functional impairment.”  The three-judge panel concluded “the board [of Veterans’ Appeals] legally erred as to its interpretation of the meaning of disability…as pain alone, without an accompanying diagnosis of a present disease, can qualify as a disability.”

In a statement reported by the Military Times, Saunders’ lawyer, Mel Bostwick, called the court case “a significant victory for disabled veterans” and a long-overdue correction in VA policy.”

VA officials can appeal this decision, but it is unknown if they will or not. The Military Times points out that “[v]eterans still need to show a clear connection between their pain and their military service to be eligible, but would not longer have to have a specific medical reason for the pain to apply for benefits.” Veterans suffering from service-related chronic pain that were turned down for benefits in the past and those who did not apply at all because they believed they would not qualify should reapply to see if they are now eligible for benefits under this new ruling.