Approximately 18 million Americans suffer from sleep apnea, and 1 in 50 people have this condition but don’t know it and have never been diagnosed. For U.S. veterans, this number is nearly 20 percent. Sleep apnea is a breathing disorder that interrupts a 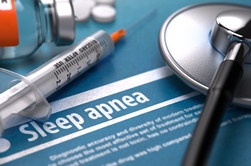 person’s breathing, and for some people, breaths are missed or breathing stops repeatedly during sleep. Because of this, the brain and other parts of the body don’t get enough oxygen.

There are many causes of sleep apnea, including a deviated septum, age, and obesity; however, most doctors believe this condition can also be caused by long-term exposure to dust and chemicals. Military personnel often spend a great deal of time in environments that are breeding grounds for a condition like sleep apnea, and more than 60,000 veterans applied for benefits due to this condition in 2010. However, effective April 18, 2016, the criteria used by the United States Department of Veterans Affairs (VA) to assign a 50 percent rating to VA sleep apnea claims changed in two major ways.

The majority of sleep apnea claims by veterans come from those who served in the Afghanistan and Iraq Wars and the Gulf War. The VA understands that there is a connection between sleep apnea and combat stress, that sleep apnea is a serious disease, and people can die because of it. In the past, a veteran was considered 50 percent disabled if he needed a Continuous Positive Airway Pressure (CPAP) machine to get a full, restful night’s sleep. However, the VA paid nearly $2 billion for sleep apnea claims in 2013, thus prompting the VA to reevaluate the rating system for this condition. Here is a look at the new changes to the rating rules:

Change 1: A Veteran Must Show That the CPAP Is a Medical Necessity

This change requires that a veteran have a letter from his doctor explaining that the prescribed breathing device is medically necessary. This may not be difficult for veterans who have private care or see their own doctor because doctors don’t usually prescribe an expensive CPAP if it isn’t a critical requirement for a patient’s health.

However, not all veterans have private care, and many use a VA doctor to treat their conditions. The potential problem here is that VA doctors are not supposed to help veterans with their benefits claims due to a conflict of interest—that help can be viewed as assisting the veterans while “hurting” the VA.

If you’re submitting a claim for service-connected sleep apnea, you should ask your doctor for this letter stating that your sleep device is medically necessary. Even if you’ve been approved for service-related sleep apnea, it’s a good idea to get the letter anyway before the VA proposes a reduction in benefits if your doctor has not provided evidence that the CPAP is a necessity.

For the more than 114,000 veterans who currently collect disability for sleep apnea, it’s unlikely that their ratings will be reduced because of this change, as it’s against the law to do so. And those waiting to receive an approval will likely not be impacted either because the change may take a while to implement.

Change 2: Veterans Can Use Other Breathing Devices and Still Be Eligible for a 50 Percent Rating

The second change being made to the rating for sleep apnea is that veterans can use a device other than a CPAP and still receive a 50 percent rating. Because there are many different ways to treat sleep apnea, including dental aids, APAP machines, and BiPAP machines, this is helpful for those who do not use a CPAP.

Thus, if your doctor prescribes any of these breathing devices, and he can provide evidence that the device is medically necessary to treat your sleep apnea, you should have no problem being eligible for a rating of 50 percent.

If you are a veteran who suffers from sleep apnea due to your military service, and your symptoms make it difficult to work, or you were denied benefits for this condition, contact us at 402-933-5405. We’ll discuss your situation and determine how we can help get you the VA benefits you deserve.