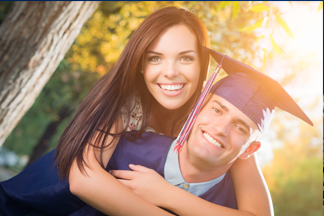 A new law, called the Forever GI Bill, enacted with bipartisan Congressional support—including a unanimous vote in the Senate—and signed by the President in late summer marks the largest expansion of GI Bill benefits in more than a decade. "[The new law] restores benefits to veterans who were impacted by school closures since 2015 and has special benefits for our reservists, surviving dependents, and Purple Heart recipients," said Veterans Affairs Secretary David Shulkin in a press release. The GI Bill was first created in 1944 to assist World War II vets and it has been updated several times to help vets pay for college and other types of training.

Here are four ways the new GI Bill will help men and women who have served:

1. New service members can use the benefit throughout their lifetimes. The Forever GI Bill removes the previous 15-year time limit on the use of GI benefits. However, this only applies to service members who were discharged after January 1, 2013.

2. Veterans who enroll in science, technology, engineering and math (STEM) courses will get additional benefits. The Military Times says “this is part of a broad effort to better prepare veterans for life after active-duty service amid a fast-changing job market.”

3. All vets who have been awarded the Purple Heart since September 11, 2001 are now entitled to educational benefits. Under the provisions of the previous GI Bill many reservists who were injured during active duty service were not eligible for benefits.

4. If a service member is killed in the line of duty their GI Bill benefits can now be transferred to an eligible dependent.

“A wide range of veterans groups supported the [expanded] education measure,” according to the Military Times. “The Veterans of Foreign Wars says hundreds of thousands stand to benefit. Total government spending on the GI Bill is expected to be more than $100 billion over 10 years.”