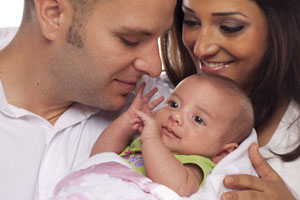 Paid family leave is an idea with broad support from Americans and is especially popular with new parents. Both Republican and Democratic politicians have thrown their weight behind this idea. The hurdle in providing parental leave time has always been how to pay for it.

Now Senator Marco Rubio (R-FL) has floated a proposal that would allow parents to take time off for a new baby and collect Social Security benefits early to finance their family leave time without raising taxes. But there is a catch. If Congress passes Rubio’s proposal, parents using this plan for family leave will have to accept lower Social Security benefits when they retire.

The New York Times reports that “The new parental leave plan comes from a…group called the Independent Women’s Forum, and its president, Carrie Lukas, who said Social Security was based on an antiquated idea of working life. ‘Women are a bigger part of the work force now, and they need support at different times of their lives rather than just starting at 67,’ she said.”

However, some Social Security experts have raised concerns about the impact of early withdrawals. They argue that women are already at a disadvantage when it comes to Social Security benefits. Because many women spend time away from work to raise their children, their benefit amounts are lower and drawing Social Security benefits earlier would lower their benefit checks even more.  The Times, citing projections from a conservative think tank, says “roughly speaking, a 12-week leave would most likely translate to a benefit cut of 1.5 percent.”

Senators have not yet started writing a bill which would authorize early Social Security withdrawals for family leave, so it remains to be seen whether or not Congress and the American public are ready to reshape Social Security.