Do You Really Need to Pay for Identity Theft Protection? 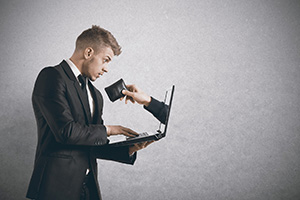 What is Identity Theft?

The New York Times reports that “identity theft isn’t a single act, a single problem with a single solution. Most often, identity theft encompasses any type of fraud involving someone impersonating someone else, usually as a way to get money. The FTC [Federal Trade Commission] has cataloged around 30 types of identity theft. Over the past year, the most common forms of identity theft reported to the FTC include credit card fraud, benefits fraud, loan or lease fraud, and tax-related fraud.”

Do I Need to Pay Big Companies for Identity Theft Protection?

Identity theft protection companies (and there are lots of them—LifeLock, Complete ID, Equifax, IdentityForce, Identity Guard Premier, IDShield, ID Watchdog, and PrivacyGuard Total Protection to name just a few) promise to be protectors of your private, personal information (like your social security numbers) for annual fees for a couple ranging from $240 to more than $750. As you would expect these companies then like to upsell you for additional services for additional fees, of course. But you may not actually need these services; you may be able to protect your identity for less—maybe even for free—if you are willing to put in a little effort.

You should consider paying for an identity theft protection service, according to Nerdwallet.com “only if:

You Can Likely Protect Your Private Information Yourself

You can perform the basic services offered by these companies yourself, often at no charge. The first and most important step according to many consumer advocates is to freeze your credit (and it is something that identity theft protection companies cannot do for you).  When you freeze your credit with the three major credit bureaus—Experian, Transunion, and Equifax—it prevents a scammer from opening credit cards or obtaining loans in your name. When you want to access your credit you can “thaw” your credit for a specific, limited length of time. Freezing your credit online with the bureaus only takes a few minutes. "The first thing consumers need to do if they’re worried about ID theft is just to freeze their credit reports," says Chi Chi Wu, staff attorney at the National Consumer Law Center. "Freeze, freeze, freeze. Everything else is gravy on top of that." Federal law allows consumers to freeze and unfreeze their credit reports at no charge.

Regularly monitor your credit reports to spot any suspicious activity. You are entitled to free credit reports from all three bureaus. You can get them at no charge as often as every week through April 2021. After that they are free once a year. By spreading out your three credit report requests you can get a credit update every four months.

CNBC advises that you should “set up alerts with your financial institutions. Depending on your bank and credit card issuer, you may be able to opt in for alerts on transactions exceeding a particular dollar threshold, those that originate overseas, or are made online, by phone or mail (where the physical card isn’t present)."Two other steps to consider: Secure your digital life by using a password manager to generate difficult to hack passwords which are unique for each the websites you regularly visit. Shred important documents, especially those with account numbers and other sensitive data, before you toss them into the trash.